Investors are a bit jittery heading into Starbucks' (SBUX 1.84%) fiscal first-quarter report, set for Thursday, Jan. 24. The company trailed its growth targets in several of its recent announcements as demand slowed in key markets like the U.S. and China. But the coffee chain also had good news to report in early November when all of its key operating metrics improved compared with the prior quarter.

At a minimum, we'll find out on Thursday whether that encouraging performance was the start of a longer rebound for Starbucks or just a temporary bounce in a wider global slowdown. Let's take a closer look: 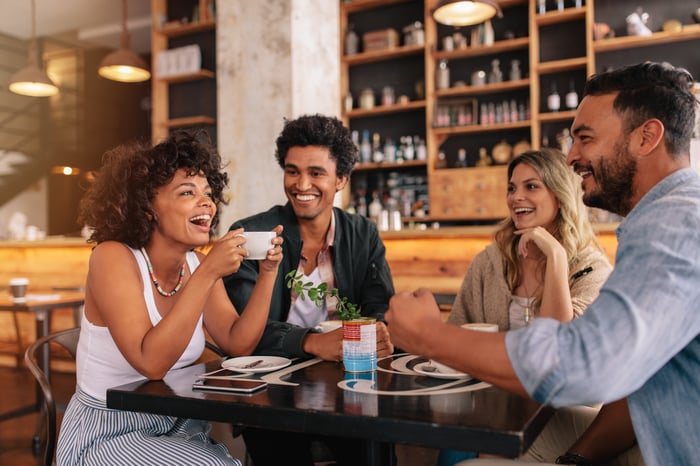 China and the U.S.

Starbucks ended fiscal 2018 on a high note by hitting its top- and bottom-line forecasts after coming up short in both of the prior two reports. Sales growth rebounded in the key U.S. geography and improved in China, a crucial market supporting the chain's global growth ambitions. CEO Kevin Johnson and his team credited some of the recent success to winning more business in both the morning and afternoon hours domestically. However, customer traffic remained negative.

It likely didn't get any easier to steal market share in the second quarter. Dunkin' Brands rolled out its competing espresso-based drink platform in the period, and McDonald's scaled up its efforts around premium beverages and snacks. So it will be interesting to see whether Starbucks could build on its positive momentum and keep comparable-store sales rising at a pace of at least 3% in the U.S.

Competition in China hasn't retreated, either, especially around home delivery. Starbucks made a big push to boost its mobile ordering and delivery in Q2, and we'll find out if that initiative helped stabilize sales there. For context, remember that comps ticked up 1% last quarter after falling 2% in the prior quarter. Executives need that number to keep improving to support their wider plans to add thousands of locations in the Chinese market over the next few years.

Starbucks' fiscal year forecast currently predicts that sales growth will come mainly from the addition of over 2,000 stores around the world, with comps rising at the low end of its long-term annual target range of 3% to 5%. For perspective, comps increased 2% last year and have decelerated in each of the last three years after peaking at 7% growth in 2015. The key factor behind that growth slowdown has been customer traffic, which slipped into negative territory last year after being flat in 2017 and inching higher by 1% in the prior year.

Starbucks' early November growth outlook translates into a stabilization of the global business and perhaps a modest rebound. Johnson and his team will have a much better idea about where sales will land now that more than half of the fiscal year is behind the chain. Look for it to make a key update to its outlook that reflects whether Starbucks has succeeded at halting the customer traffic outflow and can anticipate extending its modest rebound into the new fiscal year.