At the very least, you should know how companies you're invested in respond to government censorship requests.

Netflix (NFLX 5.03%) recently made headlines for pulling an episode of Patriot Act with Hasan Minhaj from its streaming service in Saudi Arabia because the Saudi government didn't like what was being said about the country in the show.

The episode in question talked about the murder of Jamal Khashoggi, a Washington Post journalist who was killed in Turkey, and mentioned that U.S. evidence concludes that Crown Prince Mohammed bin Salman of Saudi Arabia ordered the killing. The show was also critical of Saudi Arabia's involvement in the war in Yemen.

Netflix yanked the comedy episode at the request of the Saudi government, which said the episode violated a cybercrime law. But the Financial Times noted (paywall) that this same law has been "used to convict activists using social media sites" who have criticized the government. The episode that was critical of the Saudi government was the only one Saudi officials asked to be blocked. 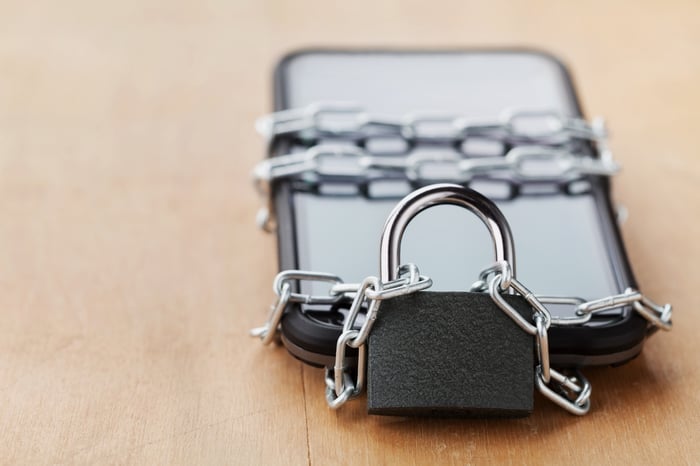 Netflix's concession to a foreign government in this case should be disconcerting for those who value freedom of expression and for the company's investors. America puts value on being able to express -- as well as read, listen to, and view -- opinions that are not in line with our government's. And while it's no surprise that other countries don't provide their citizens with the same freedom, seeing an American company pull content that tells the truth about a government's immoral actions sets a bad precedent for how Netflix will make future decisions about airing content a government doesn't like. And it's of course not the only company facing such international pressure.

Just a few months ago, employees at Alphabet's (GOOG 5.20%) (GOOGL 5.11%) Google were protesting the company's idea -- reportedly codenamed Dragonfly -- to potentially reenter the Chinese internet-search market, complete with government-censored search results. Google left China back in 2010 because it no longer wanted to allow the Chinese government to restrict its search results in the country and after repeated attacks by Chinese hackers.

A New York Times article in August described Google's Dragonfly project as "the latest example of how American tech companies are trying to tailor their products to enter the huge Chinese market, even if it means tamping down free speech."

Google has reportedly backed off of the idea, but it did so only after the secretive project made headlines in the U.S. and after more than 1,000 Google employees signed a letter demanding more transparency from Google about the project and telling their employer that working within China's censorship requirements would "raise urgent moral and ethical issues."

And then there's Apple (AAPL 2.45%), which has been criticized for removing from its app store in China virtual private network (VPN) apps that allow users to gain access to the internet you and I use every day. VPNs disguise where an electronic device is accessing the internet from (i.e., you might be in China but a VPN would say you're in the U.S.) so that users in China can visit government-censored areas of the internet. For example, the New York Times and the BBC are blocked by China's government, but a VPN would allow a user in China to go to those sites. Apple also removed the New York Times app from its Chinese app store last year because of government pressure.

Apple CEO Tim Cook said after the newspaper's apps were removed, "We would obviously rather not remove apps, but like we do in other countries we follow the law wherever do we business."

That comment sounds similar to the Netflix spokesperson's response to the removal of the Patriot Act episode: "We strongly support artistic freedom worldwide and only removed this episode in Saudi Arabia after we had received a valid legal request -- and to comply with local law."

For a company to say that it follows the rule of law sounds reasonable. Unfortunately, the laws these companies and others are following in other countries are laws of censorship. These laws are designed to dilute the information citizens have access to, and thus influence their thoughts and opinions about their own government.

Of course, all of the companies mentioned above exist to make money and they're agreeing to go along with governments so that they can build their businesses in those markets. But at some point, in the midst of making business decisions, these companies are making moral decisions as well.

Why are these moral issues? Because people in China are being threatened, detained, and interrogated by the Chinese government for posts they've made on Twitter that the government doesn't like. By restricting access to information, these companies are sending a message to governments around the world that they are willing, even if in just a small way, to work against that country's citizens as well.

Additionally, there's evidence that China is now trying to police content that its citizens are blocked from seeing. "The Chinese government has increasingly demanded that Google and Facebook take down content that officials object to even though both companies' sites are inaccessible in China," a recent New York Times article notes.

So no longer are authoritarian governments satisfied to make American tech companies censor content based on local laws, but there's a move to try to interfere with information outside their borders as well.

Does all of this mean that freedom-loving investors shouldn't buy Netflix, Apple, or Alphabet? Or that that they should sell their shares right now? For most investors, selling or not buying based on recent events is probably not the right course of action. After all, many companies are going to act in ways that investors don't always agree with.

But investors should at least know how technology companies are responding to a foreign country's laws so they'll know when companies are acting contrary to their own ethical code. If these companies conduct themselves in a way that you strongly disagree with, it may mean selling your shares -- even when it's a good investment. Every investor will likely have a different threshold for what is, and what isn't, acceptable for a company to do before they'll consider selling.

The point is that as American tech companies grow their businesses abroad, they're going to inevitably butt up against foreign censorship laws. Some concessions they make may not be a big deal to you, while others might go against your core beliefs. Which means that keeping up with how companies conduct their business around the world should be an integral part of your investing research for every company you own shares of.