Apple (NASDAQ:AAPL) makes relatively few accessories for its phones. It has generally left battery cases to third-party providers and hadn't offered one since 2015, when it had a case for the iPhone 6 line.

Promises, of course, mean little when it comes to battery life. The real world does not always match test conditions, so it's more useful to try out a device. That's why I purchased Apple's battery case for my iPhone XS Max and put it to the test with a day spent at Walt Disney's EPCOT theme park. 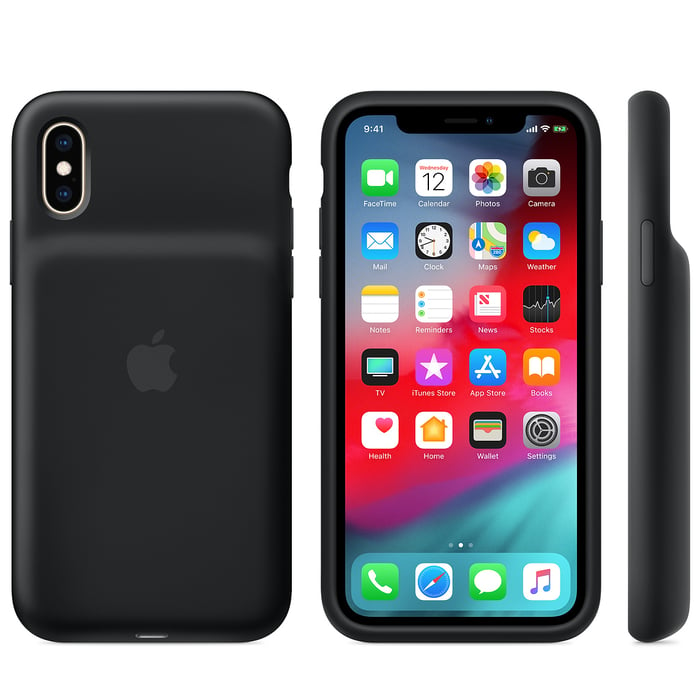 Since we live in south Florida and have a modest second home near the theme parks, I have a lot of experience with the battery needs of my phone during a normal visit. Usually I carry a battery that can recharge my phone about 60-70%. In addition, I generally use low-power mode to extend my battery's life.

In general, that gives me enough power for a seven-hour day at a theme park during which I take pictures, check wait times, text my wife, answer Slack queries from work, and play Pokemon Go. By the end of the day, I usually have a dead external battery and around 30% charge left in my phone.

The new Apple battery case arrives uncharged. It can be charged on its own or with the phone, either through a Lightning charger or a wireless charging pad. I did it with the phone inserted and charged it to full overnight.

Inserting the phone was easy. The top of the charging case tilts back, and you just slide your phone in. Once you've done that, the charge drains from the battery first, and you can see your charge level on the lock screen or under Batteries in the main menu.

On the plus side, the smart battery case -- which I used without engaging low-power mode -- still had 24% charge at 2:47 p.m. after fairly typical use. It was at 3% at 4:34 when we left EPCOT, leaving me a full phone charge for dinner/the rest of the evening. That was very exciting, because it kept me from having to sit in the car watching my battery slowly gain enough power to make it through dinner.

The news, however, is not all good. The case does offer plenty of charge, but it comes at a price. The rubbery case adds considerable bulk to the phone, making a very elegant device look as if it has been dressed up for cold weather.

It's not unwieldy, as the rubber makes the grip easier, but it's decidedly bulkier and harder to get in and out of a pocket. In addition, the case's added thickness made it too big for the clip I use in my car so I can see GPS as I drive.

Should you buy one?

The battery case passed the test of giving me enough battery power (and then some) for a day at the theme park. It was less awkward than stuffing a battery/cable in my pocket, and it entirely removed battery power as a concern. In fact, it would have had enough charge to last from the minute the park opened through closing.

In exchange for the battery life and added convenience, I'm giving up some aesthetics and a little bit of handling (I'll also need a new solution for my car). That's not an ideal trade-off, as I would prefer a slimmer case, but Apple has solved my principal problem. The battery case means I can go an entire day of normal phone use without a recharge. Most days, that's enough for me to be willing to settle for carrying an uglier, bulkier phone.