Will the payment giant exceed expectations once again?

PayPal ( PYPL -1.72% ) was among the companies that actually came out ahead in 2018 after the late-year correction pummeled most equities. The stock had gained as much as 26% before settling for a 14% return for the year -- still much better than the 6% loss of the S&P 500.

The company's market-beating returns were spurred on by a streak of better-than-expected quarterly reports where PayPal exceeded expectations and raised its full-year guidance.

PayPal will have another opportunity to impress investors when it reports the results of its fourth quarter after market close on Wednesday, Jan. 30. Let's take a look at the previous quarter and the company's guidance to see if it provides an insight into what shareholders can expect when PayPal reports earnings. 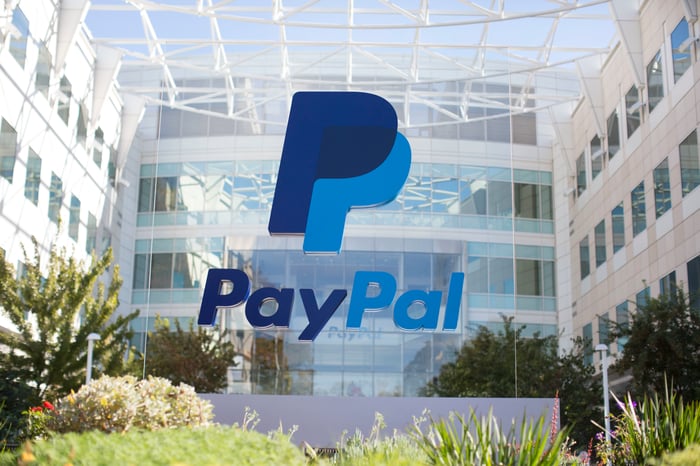 For the third quarter, PayPal reported revenue of $3.68 billion, an increase of 14% year over year. Improving operating margins resulted in more money dropping to the bottom line, as net income of $436 million grew by 15% and earnings per share of $0.36 climbed 16%, both compared to the prior-year quarter. Revenue and profitability exceeded both analysts' consensus estimates and the high end of PayPal's forecast.

The company also said it had completed the sale of its U.S. consumer credit receivables to Synchrony Financial ( SYF -0.79% ), which negatively impacted revenue growth by about 7%. If you add that to the reported top-line increase, revenue would have grown about 21% year over year, much closer to the 24% and 23% increases PayPal achieved in the first and second quarters, respectively.

Other measures confirmed the company's ongoing success. Net active customers climbed by 7.7 million, up 18% year over year, bringing its total active customer base to 224 million. Existing customers were using the platform more often, as payment transactions per account grew to 36 in the trailing 12 months, up 9% compared to the prior-year period. The total number of payment transactions soared to 2.3 billion, up 28% year over year.

PayPal continued to roll additional capabilities into its business after completing the acquisition of iZettle, which expands the company's international markets in Europe and Latin America, and Hyperwallet, which distributes payments between online buyers and sellers.

For the third time in as many quarters, PayPal increased guidance after exceeding its forecast. For the fourth quarter, PayPal is guiding for revenue in a range of $4.195 billion to $4.275 billion, which would represent growth of between 12% and 14%. This also includes a 7% adjustment -- similar to last quarter -- related to the sale of receivables to Synchrony Financial. PayPal is expecting adjusted earnings per share in a range of $0.65 to $0.67.

We don't want to get caught up in Wall Street's quarter-to-quarter mindset, but understanding the Street's expectations can provide context and insight into investor sentiment. Analysts' consensus estimates are both coming in near the top of PayPal's guidance, calling for revenue of $4.24 billion and earnings per share of $0.67.

Investors have high expectations going into PayPal's quarterly report. The stock has climbed more than 12% so far this year, nearly double the gain of the S&P 500 as of this writing. With management's history of under promising and over delivering, PayPal's guidance was likely conservative. I don't see any reason to believe that the company won't continue to deliver.