Vigorous earnings reflect a gradual but successful evolution of the company's revenue streams.

Let's review headline numbers useful for navigating the report, as well as the details that provide valuable context for earnings over the last three months. Note that in the discussion that follows, all comparative numbers are presented against the prior-year quarter (the fourth quarter of 2017). 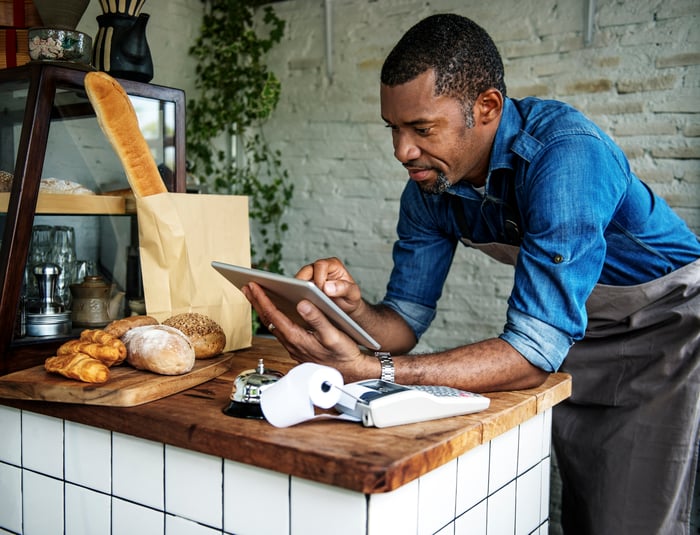 The total number of Venmo users who have made a monetizable transaction is now 29%, reflecting a steady month-over-month increase. The Venmo card continues to gain significant traction [and] Instant Transfer revenues continue to increase. And as a result, our Venmo initiatives have produced a revenue run rate going into 2019 that now exceeds $200 million, with revenues being equally split between Instant Cash Out and other monetizable services.

PayPal reaffirmed the 2019 growth parameters it mapped in its third-quarter 2018 earnings release. The company anticipates revenue of between $17.85 billion and $18.10 billion, for expansion of 16% to 17%. This reflects 3.5 percentage points of decline from the consumer credit receivables sale. Management expects GAAP diluted earnings per share to land between $1.83 and $1.93 for the full year.

On a non-GAAP basis, PayPal expects first-quarter adjusted EPS of $0.66 to $0.68. If it hits the midpoint of this range, PayPal will achieve 18% growth over the adjusted earnings of $0.57 it booked in the first quarter of 2019.