Forget the big artificial intelligence players and take a closer look at AI services from Nutanix, Splunk, and New Relic.

Artificial intelligence technologies have the potential to add $15.7 trillion to the global GDP by 2030 according to PwC research, which is why you're seeing the world's largest tech companies like Alphabet and Microsoft make big moves in this space.

But smaller companies are betting on AI too, and some of them are already seeing substantial growth in their companies as a result. Investors eager to find good artificial intelligence stocks can look beyond the major players and find cloud computing companies that are making big bets on AI, including Splunk ( SPLK -2.32% ), Nutanix ( NTNX -1.89% ), and New Relic ( NEWR -2.14% ). Each company's share price is up at least 30% over the past 12 months, and their AI ambitions are only just beginning. 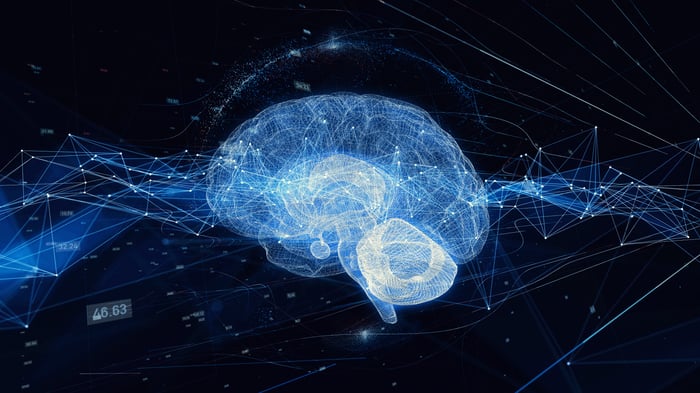 Splunk offers software solutions to companies looking to make sense of the data that they have and find ways to collect and categorize new data. The company has increasingly incorporated machine learning, a type of artificial intelligence, across nearly all of its software products.

Splunk's sales were up 40% in the most recent quarter, software revenue was up 49%, licensing sales jumped 44%, and the company added 500 new enterprise clients. Splunk's management is optimistic about the company's potential with its cloud AI services, and increased its total addressable market by $7 billion recently to $62 billion.

The company believes that its top line will reach $2 billion next year, up from $944 million in 2017, and reach 20,000 customers. Splunk has consistently beat Wall Street's expectations, and while it's still unprofitable, investors should take note that the company is still at the beginning of its long-term prospects. Splunk is a leader in helping businesses use machine learning to collect and analyze data, and if the company continues on its current trajectory it could prove to be a wise investment bet.

Nutanix calls itself an "enterprise operating system" company that allows its customers to benefit from public cloud computing features, but with the added ability to control their own hardware. It's this hybridization of the private cloud and the public cloud that allows Nutanix to uniquely benefit from artificial intelligence (AI). That's because AI data processing works best when computers can process information both at the source (i.e. servers sitting in an office) and from the cloud servers. Nutanix's software allows companies to do both at the same time, tapping into the ability to process AI data locally and from more robust cloud sources.

Nutanix is already benefiting in this space, and in the most recent quarter the company increased its software and support billings by 50% year over year. Additionally, the company's important subscription revenue skyrocketed 104% from the year-ago quarter. Nutanix is transitioning from its hardware business to focus on subscriptions, and the transition has already paid off, with 51% of first-quarter billings coming from recurring subscriptions.

Investors should know that while Nutanix isn't profitable right now, its margins are moving in the right direction, and reached 76% in the first quarter, up from 61% in the first-quarter 2018. With the company's current sales growth, a customer list north of 10,000, and a massive opportunity in the growing AI cloud market, Nutanix has the potential to be a great long term play. 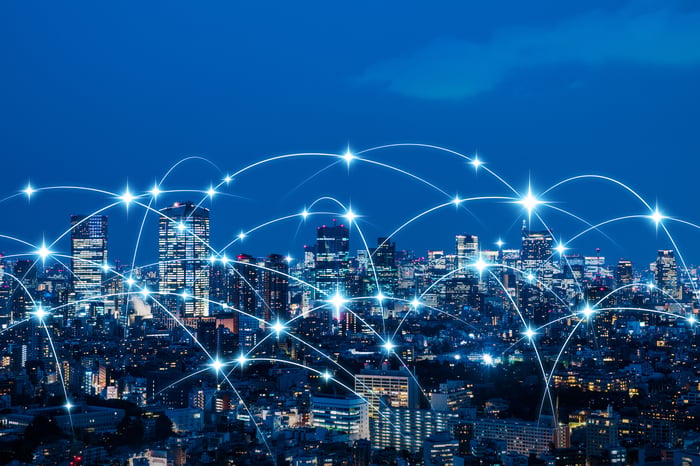 New Relic's software offers its customers unique insights into how their apps are performing in something called the global application performance management market. The company calls itself a "digital intelligence" platform, and it is increasingly looking to artificial intelligence to make it smarter. New Relic says that its AI services sift through a company's internal data to find "meaning and solutions."

The company's cloud-based products have already attracted 17,000 customers, and its quarterly results are on fire. New Relic's sales were up 36% in the most recent quarter, and the company is increasing the ranks of its most-lucrative clients. For example, customers with annual contracts over $100,000 jumped 34% in second quarter.

The global application performance management market is expected to be worth about $9 billion by 2023, and New Relic has already carved out its niche. The company's share price will likely face some volatility as New Relic grows, but for investors looking for a company that's combining cloud-computing with machine learning for apps, New Relic looks like a solid long-term AI play in the coming years.

Investors who want to benefit from the rise of AI but also want to avoid some of the bigger tech companies should give the above stocks strong consideration. New Relic, Splunk, and Nutanix all look like solid long-term buys to benefit from the application of artificial intelligence in the cloud. Just be patient with these stocks as they continue to shift from growth mode to profitability.