Shares of Thor Industries (THO 4.17%) outpaced the market by a wide margin last month, gaining 25% compared with an 8% spike in the S&P 500, according to data provided by S&P Global Market Intelligence.

The rally just removed a small part of shareholders' recent losses, though, and the stock is still down by over 50% in the past full year versus a 2% downtick in the S&P 500. 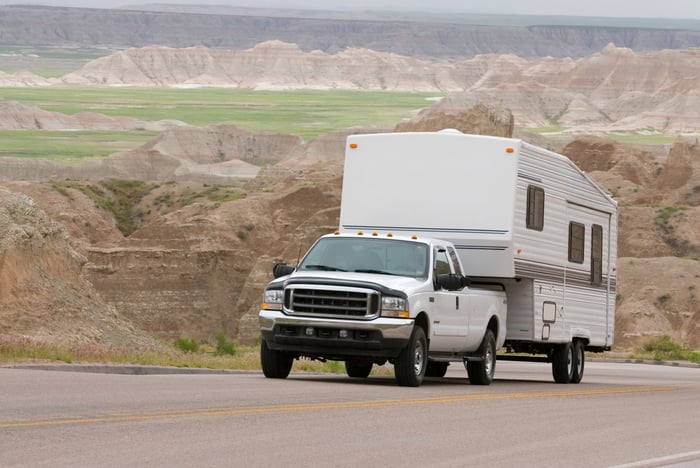 Broader stock market gains were a key driver behind the recreational vehicle giant's January rally, as indexes posted their best start to a year in over three decades. And Thor Industries' stock slumped in the prior month, which gave it more room to rebound if investors' moods shifted, as they did in January.

But shareholders can also thank rival Winnebago (WGO 2.29%) for contributing to the brightening industry prospects last month. That manufacturer announced in late December that sales rose by 10% as profitability improved. The report was much better than investors had feared and helped send both stocks higher in the weeks that followed.

Thor Industries isn't in as strong a market position as Winnebago right now, and its weak order backlog and falling pricing trends suggest more pain in the coming quarters. However, much of that gloom is arguably priced into the stock, which could make it an attractive option for value-focused investors who believe in the RV industry long term.