Shares of Shutterfly, Inc. ( SFLY ), a leading retailer and manufacturing platform of high-quality personalized products including photo books, gifts, home decoration, cards and stationery, among other items, are down 10% after mixed fourth-quarter results and the departure of its CEO.

The company's net revenue checked in at $950 million during the fourth quarter, falling short of analyst estimates calling for $956 million. Adjusted earnings per share reached $5.47, higher than analyst estimates calling for $5.28 per share. The weaker top-line result would have been worse without a strong quarter from Lifetouch, Shutterfly's 2018 acquisition, but was offset by a weaker performance from Shutterfly Consumer segment revenues. 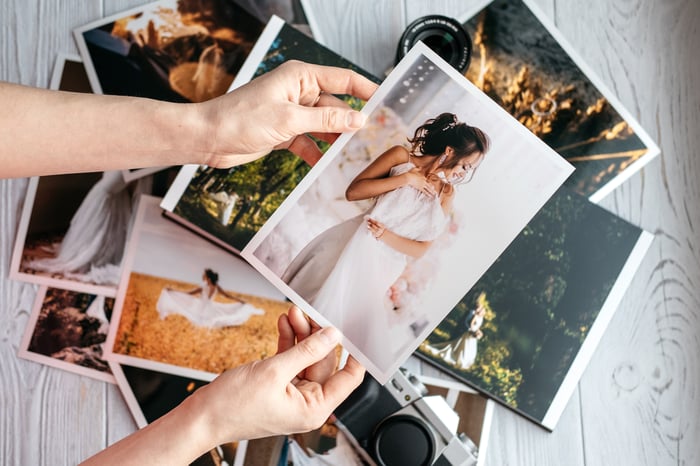 Alongside Shutterfly announcing mixed fourth-quarter results, the company dropped another bombshell as Christopher North, President and CEO, announced he would be stepping down from his roles at the end of August 2019. "On behalf of the Board, I want to express our thanks to Chris for his leadership of the Company and important accomplishments since joining in 2016. We also appreciate his willingness to provide time to effect a seamless transition to our next CEO," said Will Lansing, Chairman of the Board of Shutterfly, in a press release.

But wait, investors, there's more to digest from Shutterfly's slew of announcements. Shutterfly's board of directors has formed a Strategic Review Committee, with Morgan Stanley as financial advisor, in hopes of reviewing strategic alternatives for its business going forward. The fourth quarter was a tough one for the company, as the holiday season was more competitive than anticipated, especially at a time when the core paper-based products category is less relevant than in the past. The company's business turnaround remains elusive.

Why Shutterfly Stock Popped 9% on Thursday

Here's Why Shutterfly Inc. Is Down 12% Wednesday

Shares of Shutterfly Continue to Soar After a Strong First Quarter

Why an Acquisition Pushed Shutterfly, Inc. 37% Higher in January