After a rough patch late in 2018, Match stock's January performance was easy to love.

Shares of Match Group (MTCH) gained 25.1% in January, according to data from S&P Global Market Intelligence. After ending 2018 on a rough note, technology and social media stocks have bounced back this year, and Match stock is among those that have regained ground. 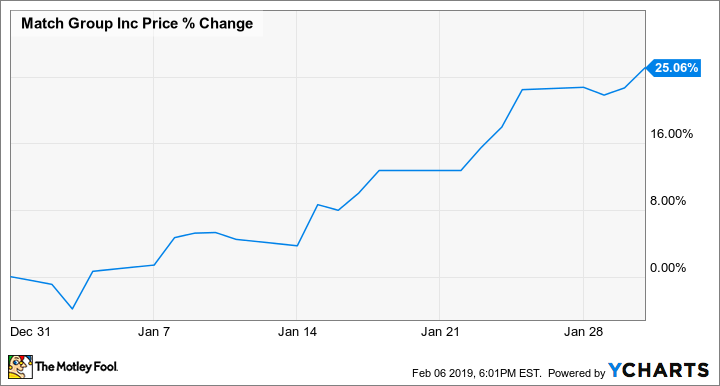 Match stock fell roughly 24.5% during 2018's volatile final quarter of trading, and in addition to benefiting from the the market's rebound early in 2019, the stock posted gains following news that the company had partnered with online media brand Betches to launch a new social dating app on iOS. 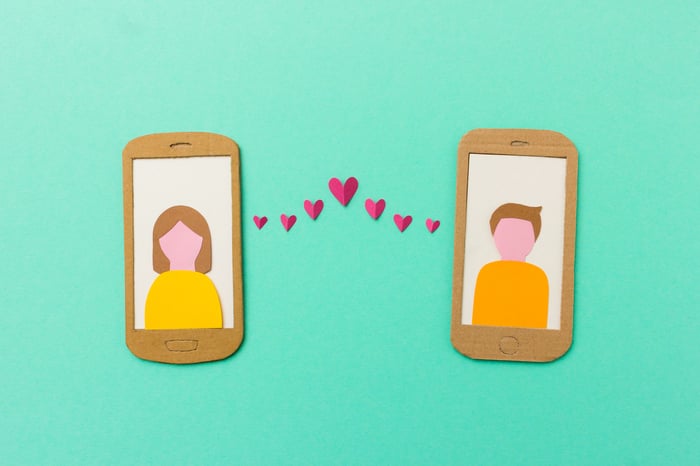 News hit on Jan. 22 that Betches and Match were launching Ship, a new social media app that centers around users setting their friends up on dates. Ship aims to make the online dating experience even more social, allowing users to "combine forces, so instead of dreading dating apps, you can get the whole group finding matches for each other."

Match's stock climbed following the announcement, which further propelled its January rebound. Engagement tracking in the month showing strong participation for the company's Tinder app may also have been a factor in the strong January performance.

Match stock has continued to gain ground in February, with shares trading up roughly 7.9% in the month so far. The company reported fourth-quarter earnings after market close on Feb. 6, delivering earnings performance and guidance that came in ahead of the market's expectations. 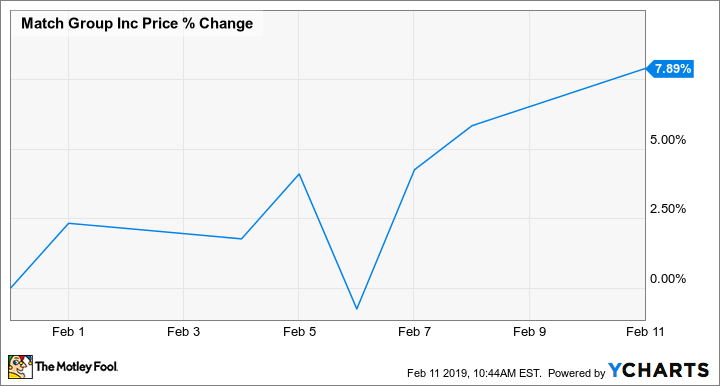 Management expects EBITDA for 2019 to come in between $740 million and $790 million -- representing roughly 17% growth at the midpoint.