Wearables are a moonshot in the making.

Apple (AAPL 1.37%) has a weird way of bragging about its wearables business. Instead of giving investors any type of straightforward data metric like unit sales or revenue (or both), the company instead notes when it reaches various milestones relative to the Fortune 500. It's a roundabout way to illustrate growth in the wearables segment, which primarily consists of Apple Watch and AirPods. Apple might as well compare the segment to the distance to the moon, which would take a comparable amount of legwork to figure out what the company is trying to convey.

The comparisons refer to wearables revenue on a trailing-12-month (TTM) basis. Here's how to make sense of the disclosures. 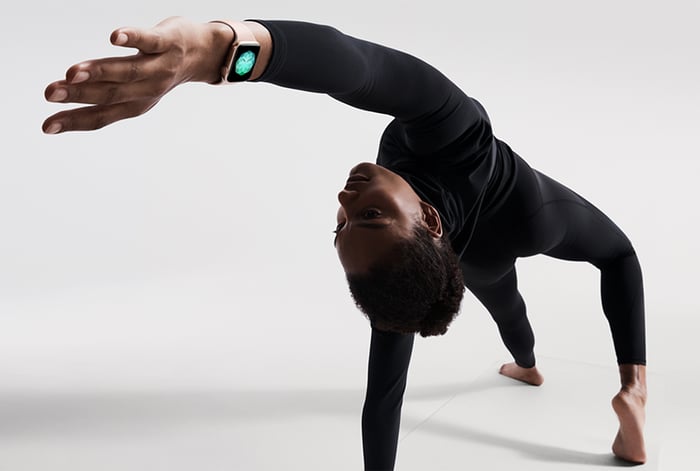 The most recent reference was just last month, when Apple said its wearables business was "approaching" the size of a Fortune 200 company. Fortune has not released its 2019 list, but No. 200 on the 2018 Fortune 500 was Aramark, with $14.6 billion in sales. Here's how that compares with the other instances when Apple has equated its wearables business to the size of a company in the ranking:

Apple Watch was launched in Q2 2015, which marked the beginning of Apple's wearables business. Here's how that looks over time: 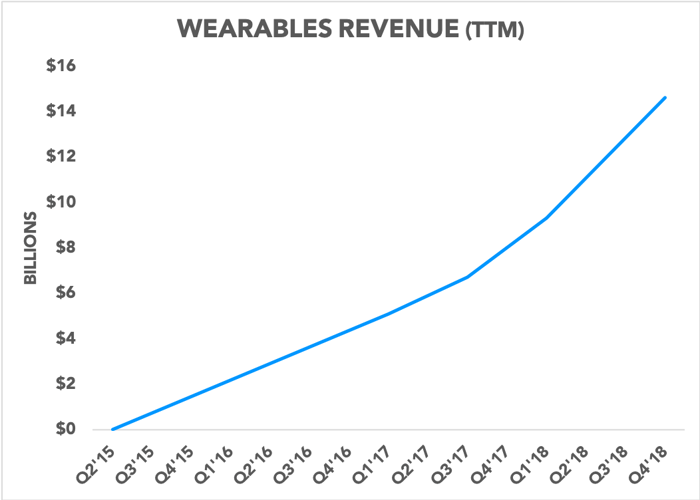 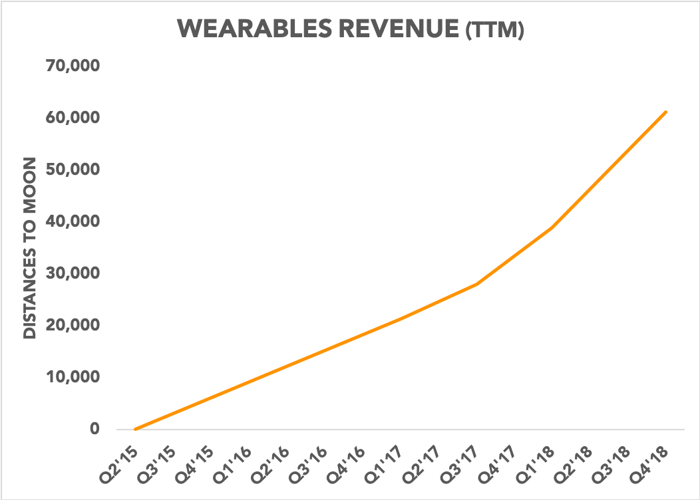 If wearables are "approaching" $14.6 billion in sales, that would represent just 6% of the $261 billion in revenue that Apple did in 2018. While the growth is promising, wearables is still a drop in the bucket relative to the iPhone segment.

Hopefully, the Mac maker won't resort to even more ridiculous comparisons, like when wearables potentially reaches the size of a Fortune 146 company.

If only there were an easier solution.