Please ensure Javascript is enabled for purposes of website accessibility
Log In Help Join The Motley Fool
Free Article Join Over 1 Million Premium Members And Get More In-Depth Stock Guidance and Research
By Leo Sun – Updated Apr 16, 2019 at 10:01AM

Foxconn (HNHAF 8.16%), the Taiwanese contract manufacturing giant that makes Apple's (AAPL 0.66%) iPhones, has transformed its Sharp subsidiary into Apple's biggest rival in Japan over the past three years. Research firm Canalys claims that Sharp controlled 9.8% of Japan's smartphone market in the fourth quarter of 2018, putting it in second place after Apple's 56% share.

Apple still holds a commanding lead, but Sharp's growth -- which helped it surpass Sony's (NYSE: SNE) 8.6% share during the fourth quarter -- could be a worrisome development for the iPhone maker. Is Foxconn quietly evolving from a longtime partner into a formidable rival? 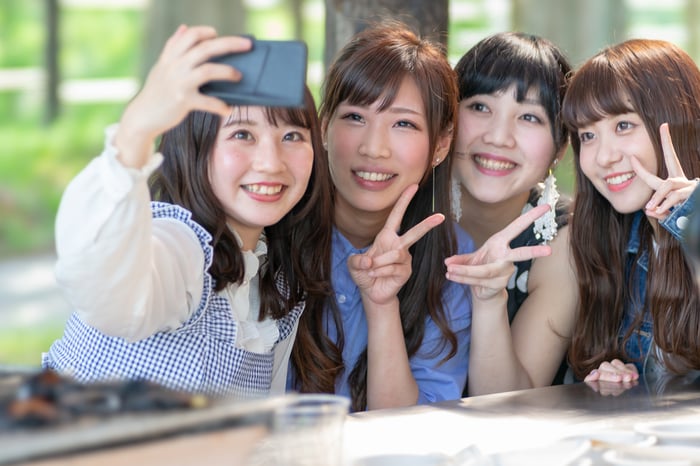 What is Foxconn's strategy?

Foxconn, which has manufactured every iPhone to date, generates nearly half of its revenue from Apple. Therefore, slowing sales of iPhones are a major threat to its core business. To reduce its dependence on Apple and other contract manufacturing clients, Foxconn acquired Sharp in 2016 and revived the struggling consumer electronics brand by launching new OLED TVs and smartphones.

Sharp launched new low-end and mid-range Android phones in Japan in early 2017, and Foxconn subsequently declared that the brand could become one of the world's top five smartphone makers within a few years. Sharp launched its first new phones in Europe last summer.

Yet Sharp's Aquos smartphones don't really stand out in the crowded field of mid-range Android devices. A few of the phones have unique designs -- the Aquos R2 Compact features two notches, for example, and the Aquos C10 uses a single bubble drop notch instead of a full one. However, most reviews claim that the phones feel cheap and the cameras shoot mediocre photos.

So why is Sharp gaining ground in Japan?

In the past, smartphone makers in Japan benefited from aggressive subsidies and carrier promotions. This made premium handsets like iPhones cheaper and more appealing. However, Japanese regulators now want carriers to stop subsidizing device sales with monthly subscriptions in a bid to simplify contracts and promote fair competition.

This means that the cost of iPhones, which are already at historic highs, will keep rising and cause Japanese consumers to either shun upgrades or buy cheaper devices from lower-end device makers like Sharp. However, Canalys also expects Sharp to struggle with the elimination of subsidies, which made its cheap devices even cheaper. 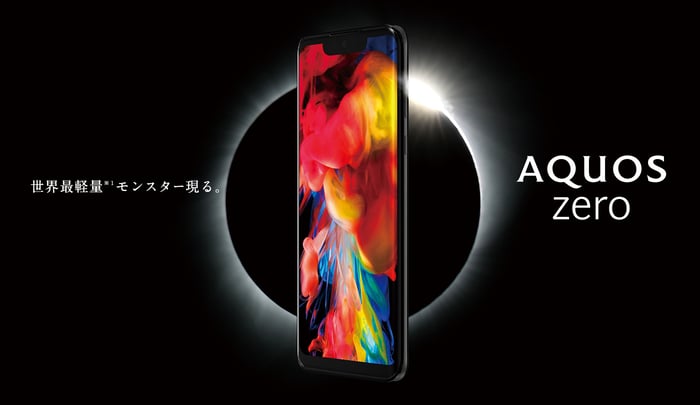 Canalys expects smartphone shipments in Japan to slip 2.7% this year as consumers postpone their upgrades, which makes Japan a tough market for Apple, Sharp, and other leading OEMs. Apple and Sharp's Japanese shipments fell 10.5% and 2.3% year-over-year, respectively, during the fourth quarter, and could keep declining throughout 2019.

Should Apple be worried?

During last quarter's conference call, CEO Tim Cook stated that "less than half" of the iPhones it sold in Japan were subsidized, compared to "about three quarters" in the prior year quarter. The ongoing reduction of those subsidies, which will continue throughout 2019, could further throttle its sales of iPhones in the country.

Cook stated that trade-in and installment plans could offset the elimination of carrier subsidies, but tougher competition from cheaper device makers like Sharp could also cause headaches. Samsung, which sells a wide range of cheaper devices, notably bucked that slowdown and saw its Japanese shipments rise 10.1% annually during the fourth quarter -- putting it in fourth place behind Apple, Sharp, and Sony with a 6.8% share.

Apple shouldn't worry about Sharp... yet

Apple still enjoys a massive lead over Sharp in Japan, so it probably isn't worried about Foxconn transforming from a partner into a rival overnight. Apple also probably doesn't see Sharp as a global threat, since Sharp's devices would likely struggle against Chinese mega-brands like Xiaomi and Huawei in overseas markets.

However, investors should still keep an eye on Apple's progress in Japan as carriers stop subsidizing its iPhones and it faces tougher competition from cheaper devices. If its sales continue sliding, Japan could become yet another troubled market for Apple.