The company reported higher free cash flow for 2018, but its outlook raises questions.

Shares of communication satellite operator Intelsat (INTE.Q) popped more than 13% in early Wednesday trading before settling down to a roughly 11% gain at the end of the trading day.

Intelsat reported mixed fiscal fourth-quarter and full-year 2018 earnings this morning. On the one hand, the company missed earnings estimates rather badly. Analysts had expected a loss of $0.26 per share for the quarter; Intelsat reported a loss of $0.81 per diluted share, and $0.91 per share pro forma. Sales, on the other hand, came in ever so slightly ahead of expectations -- $542.8 million instead of the $542 million in revenue that analysts had predicted. 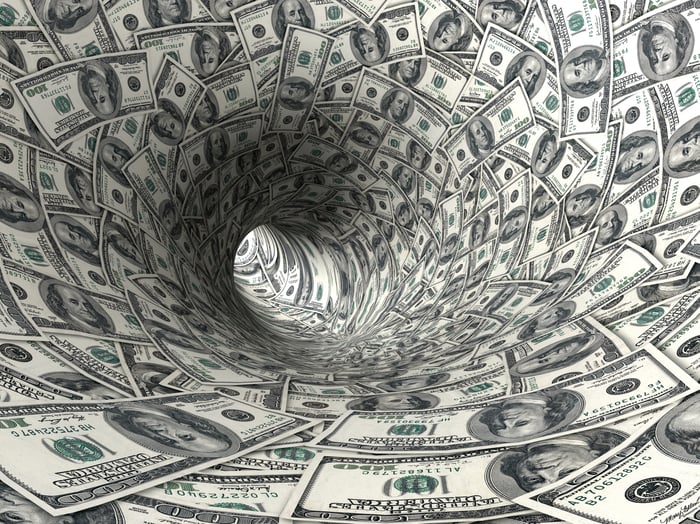 On the plus side, Intelsat's past promises to rein in capital spending bore fruit on the company's balance sheet. Despite generating $120 million less cash flow last year than it had in 2017, Intelsat succeeded in cutting capital spending by nearly $206 million. As a result, the company's free cash flow (operating cash flow minus capex) ballooned from barely breakeven a year ago to a respectable $88.5 million generated in 2018.

That cash haul improvement may explain at least the initial enthusiasm for Intelsat stock today. However, I'm not at all certain Intelsat will be able to maintain the enthusiasm given its guidance. In fact, its outlook may explain why Intelsat gave back some of its gains.

At the midpoints of these ranges, capex will be higher in each of these years than what Intelsat reported for 2018, and consequently, the company will have less free cash flow with which to pay down its monster $14.5 billion debt load. On top of all that, management warns that as a result of declines in Intelsat's media and network services businesses, fiscal 2019 revenue will be no greater than $2.12 billion -- far short of the $2.6 billion that analysts were looking for. That should further weaken cash flow and increase the chance Intelsat will revert to negative free cash flow over the next few years.