Southwest Airlines (NYSE:LUV) stock is traveling due south this morning, down 5% as of 12:50 p.m. EST in the wake of multiple negative news items. Let's go down the list:

Two days ago, The Wall Street Journal reported that federal air-safety regulators are investigating Southwest over allegations of "widespread miscalculation of the total weight of checked bags loaded onto each of its flights." 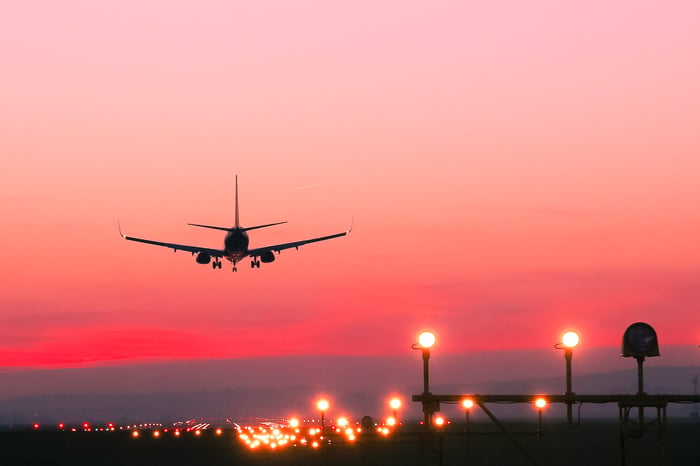 Then earlier today, Southwest itself filed an 8-K report with the SEC, clarifying the effect of the recent U.S. government shutdown on its operations. After recently estimating the "negative revenue impact" of this event "in the $10 million to $15 million range for January 1st through 23rd," Southwest has revised its estimate and "now estimates the negative revenue impact to first quarter 2019 to be approximately $60 million."

Southwest further advised that it is reducing its guidance for Q1 2019 operating revenue per available seat mile (RASM) growth to a range of 3% to 4%, year over year.

Mis-weighing baggage raises safety concerns, as it could result in an airplane being heavier (or lighter) in one of its cargos than pilots are expecting, which could affect how they fly the plane in an emergency. Combined with reports of maintenance issues, this has the potential to scare flyers away from using Southwest until these concerns have been resolved.

As regards the 8-K filing, the fact that the government shutdown had an effect on revenue four to six times bigger than previously estimated is an obvious negative. It's apparently had a big enough effect to slice a full percentage point off of Southwest's revenue growth for the quarter. Just last month, Southwest told us it expected RASM to grow from 4% to 5%.

Now on top of all that, we hear that Goldman Sachs has piled onto the bad news and issued a "sell" rating on Southwest Airlines stock. No wonder today is shaping up to be a bad day to own Southwest.