The company continued its trend of slowing sales growth, but a double-digit earnings increase was welcome news.

In its second-quarter results released on Feb. 20, Copart (CPRT -0.86%), an online automotive auction company, reported that sales ticked up by 5.6% from the year-ago quarter to $484.9 million. While this sales increase was modest, especially compared to its first-quarter revenue boost of more than 10%, Copart's net income grew faster and was up 27% from the year-ago quarter to $131.4 million.

Slowing sales growth has been an ongoing trend for the company over the past several quarters. Sales growth of just over 5% in the most recent quarter follows an increase of 10% in the first quarter and an 18.7% jump in the fourth quarter of fiscal 2018. Looking back over the past year and a half, Copart's latest Q2 revenue growth was the lowest year-over-year increase in the past six quarters.

The reason for Copart's stagnating revenue growth comes from the company's service revenue, which accounted for 86% of its total sales in the quarter. Service revenue increased by less than 4% in the second quarter 2019, compared to nearly 30% growth in the year-ago quarter.

As was the case last quarter, Copart's yard operations expenses (the cost to house vehicles and sell them) decreased, which helped the company increase its gross profit in the second quarter. That increase, mixed with lower income taxes, helped earnings jump in the quarter even though total sales slowed down.

Copart's vehicle sales continued to grow in the second quarter, with revenue up 19% from the year-ago quarter to $68.1 million. Vehicle sales accounted for 14% of total revenue in the quarter.

Additionally, the company ended its second quarter with cash and cash equivalents of $108.2 million, down slightly from $195.3 million from the year-ago quarter. 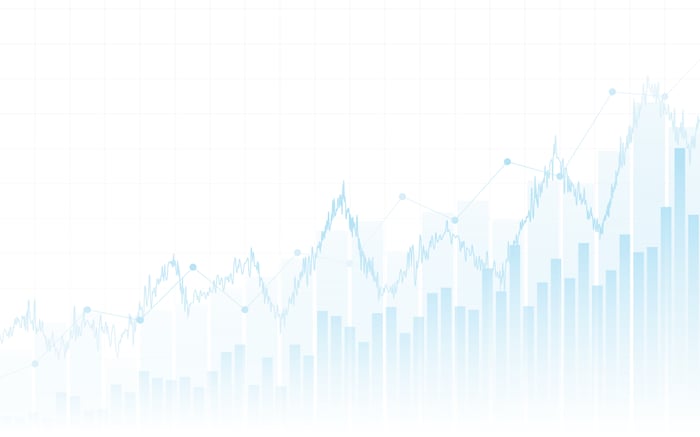 Copart's share price popped following the release of the second-quarter results and are up nearly 6% at 1:15 p.m. on Thursday, indicating that despite slowing sales, investors are happy with the company's earnings growth.

Its share price is up about 20% over the past year even after it tumbled in late 2018. That drop came after the company reported its fourth-quarter results, but part of the slide was likely a reaction by investors to a broader sell-off in the market.

Though Copart doesn't provide any earnings guidance for upcoming quarters, investors should continue to watch its sales figures closely. It's great to see increasing earnings, but with only a 5% revenue jump in the second quarter, the company is coming very close to stagnating sales growth.