The company is still incurring costs from Hurricane Harvey but continues to expand its vehicle auction business.

Online automotive auction company Copart (CPRT 0.49%) reported its first-quarter 2019 results on Nov. 20, and the company grew sales and earnings by double-digit percentages, though revenue growth was lower than in the past several quarters.

What happened with Copart in the quarter?

Copart's revenue grew by 10% in the first quarter, which isn't as substantial as the usual sales growth the company has reported in the past several quarters. For reference, Copart grew sales by 18.7% in the fourth quarter of 2018, 28% in the third quarter, 31% in the second, and 21% in the first. 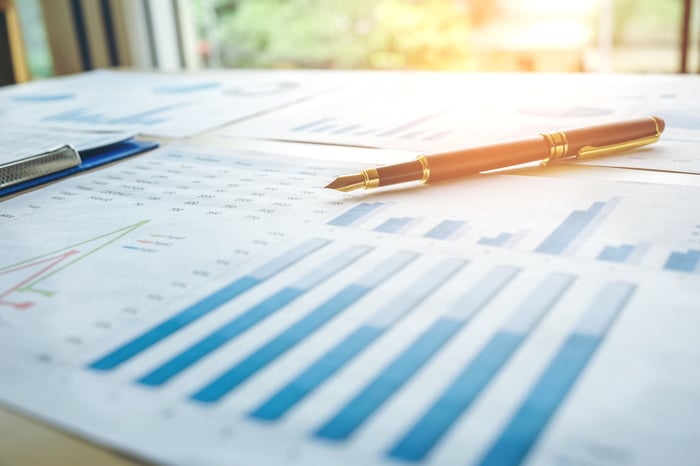 Copart's operating profit got a boost from the drop in the company's yard-operations costs, where the company houses the vehicles it sells at its auctions. Yard-operations expenses dropped from $206 million in the year-ago quarter to $189 million in the reported quarter, about an 8% decline. That helped the company's gross profit in the quarter to jump 20% to nearly $196 million. The higher operating income, mixed with a lower tax payment, helped Copart boost its net earnings by 47% in the quarter.

As has been the case over the past several quarters, Copart is still dealing with additional expenses it incurred as a result of Hurricane Harvey. The company said "abnormal costs" of $35.8 million from Harvey come from a range of expenses, including temporary storage facilities, labor costs from paying employees overtime, equipment purchases and leases, and the cost of vehicle sales.

Other notable quarterly results include vehicle sales that increased to 66,562, up 47.7% from the year-ago quarter. Copart ended the quarter with $320.3 million, up 16% sequentially.

As usual, Copart's management didn't include any guidance for the upcoming quarter. That lack of information may make some investors a bit jittery as they try to figure out whether Copart's sales will continue to slow in subsequent quarters. Investors will probably remember that after the company's fourth-quarter results, Copart's share price took a steep dive because investors were disappointed with the results, even though the company showed strong sales and earnings growth.

Despite that share-price slide, Copart's stock has still gained about 30% over the past 12 months, compared with the S&P 500's 2% gain. But with the overall market experiencing significant declines lately, there's no telling how investors might respond to Copart's latest quarterly results.