As GE investors await guidance for 2019, here's how they should be thinking about the stock.

By now, most General Electric Company (GE -1.31%) investors know that management declined to give guidance on the three most important concerns that investors have about the company: GE Power, industrial free cash flow (FCF), and GE Capital. However, CEO Larry Culp promised to do so "soon."

In anticipation of that, it's time to look at how investors -- bulls and bears alike -- should think about the stock.

Why the recent earnings concerned the bears

The bulls' and bears' debate over GE stock is almost as much about how they value stock as it is about the company's current earnings trajectory.

The bears tend to focus on valuing the company in terms of a forward FCF-based valuation; on this basis, the failure to give guidance on industrial FCF is a major concern. 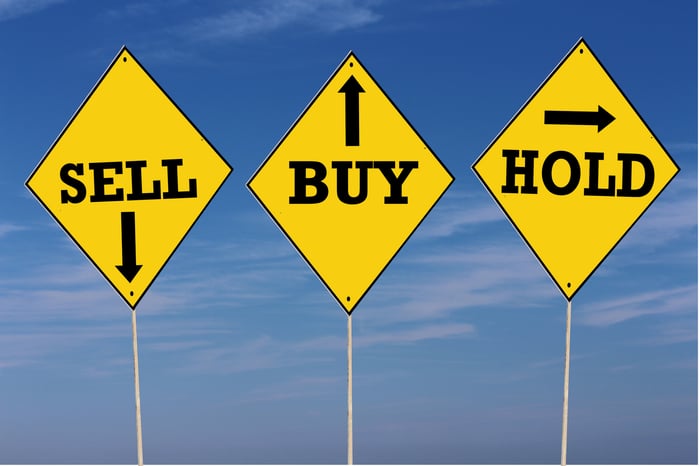 While this is perhaps not the best way to value a company going through a restructuring, it's worth noting that this is how industrial conglomerates -- a dying breed -- have often been valued. The idea is that the mix of businesses -- some long-cycle and cyclical, like power and aviation -- will be balanced with less cyclical businesses like healthcare, so their earnings should show stability from year to year.

With this in mind, the lack of FCF guidance is a major concern: It makes it very hard to pencil in exactly what FCF will be for the next few years. Moreover, the failure during the earnings call to give specific details in response to analyst questions on GE Capital, industrial free cash flow, or GE Power raises investor concerns that all three are set to deteriorate more than previously expected. This is a problem for those who have priced out the stock based on FCF one or two years out.

Indeed, even Fitch Ratings, a credit rating agency that typically takes a longer-term view due to a focus on rating corporate debt, recently changed its rating outlook from stable to negative: "The Negative Outlook reflects Fitch's increased concerns about GE's ultimate credit profile, with risks centered on the Power business, industrial free cash flow (FCF) and support for GE Capital." Fitch also noted that the "deterioration in the Power business since the third quarter and expectations for lower industrial FCF in 2019 magnify execution risks."

Of course, if GE had given guidance, or even specific details on Power, then it would have been a lot easier to make confident assumptions about just what to expect in 2019. But until Culp does so, the issue will remain a leaping salmon to a hungry bear.

The bulls tend to focus on the long-term potential for FCF generation from GE Aviation, and ultimately a contribution when GE Power is eventually restructured -- after all, Siemens expects low-single-digit margin for its power business in 2019, so why can't GE get there in a year or two?

Moreover, the bulls argue that GE Aviation is also going through a period of suppressed earnings and cash flow generation because of a negative margin mix, from ramping up production of the loss-making LEAP engine -- something that will pay off handsomely in future years as LEAP aftermarket service revenue rolls in.

All told, the bulls tend to see the stabilization of Power as a timing issue that shouldn't detract from the long-term potential of the business. One or two years' worth of weak performance from Power, and weak cash flow won't matter to them in the larger scheme of things.

Another, more pragmatic approach notes that GE was previously undervalued even on a near-term FCF basis, but that was back when GE traded at nearly $7. At that price, investors' tolerance levels for FCF generation in 2019 could afford to be higher. However, now that the stock is at $10, its current price-to-industrial-FCF multiple of 19.5 makes it more expensive than Honeywell International's (HON -1.82%) 18.6 -- and Honeywell doesn't have pension issues or losses at a capital arm to deal with.

Moving on from near-term valuation issues, it's obvious that GE's FCF will be constrained in the next few years. But investors are entitled to look for more security in FCF, as they aren't so willing to accept that GE Aviation can continue to carry the cash flow burden indefinitely.

In other words, if a significant economic slowdown comes -- and recall that the noncyclical healthcare business won't be part of GE in the future -- the aviation segment will suffer, and so will GE. If this occurs when GE Power is still burning cash, then GE's ability to reduce its significant debt will come into question, as will the quality of its bonds.

The die-hard bears valuing GE according to near-term FCF aren't likely to be appeased by anything Culp says in the near future. Similarly, most of the strong bulls are likely to focus on what Culp says about improving GE Power margin in the next few years and reemphasize the strength of GE Aviation.

However, most investors are looking for reassurances on FCF generation in the next few years, a timeline for margin recovery in GE Power, and guidance on GE Capital. They need this before they assess buying the stock at current levels, and carrying the risk that the economy might slow and threaten assumptions for GE Aviation's growth.

In this context, it makes sense to hold off buying GE stock at current prices until Culp has given guidance.