Please ensure Javascript is enabled for purposes of website accessibility
Log In Help Join The Motley Fool
Free Article Join Over 1 Million Premium Members And Get More In-Depth Stock Guidance and Research
By Evan Niu, CFA – Updated Apr 25, 2019 at 10:58AM

The real estate platform reported earnings and announced the return of Rich Barton as CEO. 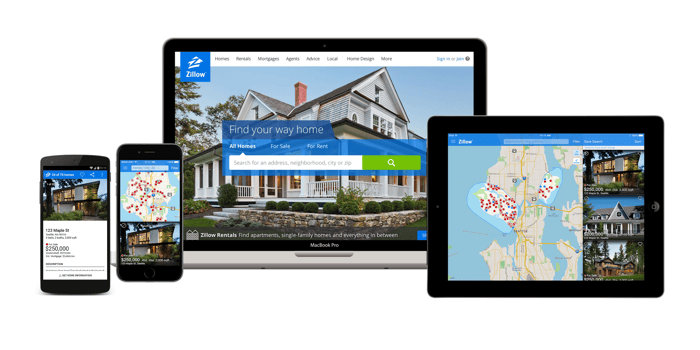 Zillow announced that co-founder Spencer Rascoff will be stepping down as CEO, with fellow co-founder Rich Barton replacing him. Barton had previously served as the company's first CEO before handing the reins over to Rascoff in 2010. Barton will leave his current role as executive chairman, with Zillow's third co-founder, Lloyd Frink, assuming that position.

"In the past year, Zillow Group has become a very different company," Barton said in a statement. "We're making strategic investments to broaden the Zillow Group portfolio to move further down the home-shopping funnel, giving today's 'uberized,' on-demand consumers a full spectrum of options to buy, sell, borrow and rent on their terms." This year will be one of "transformation and investment," Barton added.

In terms of guidance, revenue in the first quarter is expected to be $417 million to $443 million, which should translate into adjusted EBITDA of negative $1 million to negative $14 million. Zillow also shared its long-term targets, forecasting that in the next three to five years it can purchase 5,000 homes per month to generate annualized segment revenue of $20 billion, reach a mortgage attach rate of 33% and originate 3,000 loans per month, and hit $2 billion in annual segment revenue in its media and technology business.