Please ensure Javascript is enabled for purposes of website accessibility
Free Article Join Over 1 Million Premium Members And Get More In-Depth Stock Guidance and Research
By Rich Duprey - Updated Apr 23, 2019 at 11:57AM

The Taser maker is still growing, but business has been slowing.

Axon Enterprise ( AXON -4.99% ) is scheduled to report fourth-quarter earnings on Tuesday, Feb. 26, and investors are going to be looking for confirmation that the business is back on track so the stock can regain the all-time highs of $76 per share it hit last summer.

While the stun gun and body camera maker has rebounded 40% off the lows it hit just before Christmas, the stock is still down 25% from its highs as business growth slowed. There are four areas in particular investors should watch, so let's take a closer look at each. 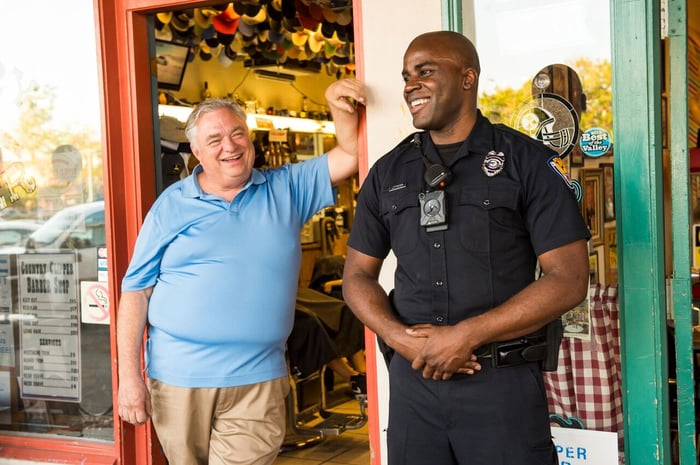 Waiting to charge ahead

Taser sales remain the biggest component of Axon's operations, but the company only saw sales grow 7.2% in the third quarter, a significant slowdown from the 14% gain it realized in the second and the 10% rise in the first. Because sales also grew 10% in last year's fourth quarter, Axon has a big hurdle to get over.

Part of the reason for the slower growth is likely due to departments waiting for the introduction of Axon's new Taser 7 conducted electrical weapon, the next generation of stun gun that's tied into the company's cloud services. It introduced the weapon and pricing in early October, but management cautioned it wouldn't play much of a role in its business for the rest of the year; it would be 2019 when it expected sales of the new weapon to really pick up.

That suggests investors won't see much in the way of gains yet, and comparative growth to last year could look anemic. Keep your eyes open for how management says uptake is for the Taser 7, because the market could react negatively to another slowdown, but that could just be the pause before it charges higher in future quarters.

Axon Cloud revenue in the third quarter jumped 47% on higher subscriptions to Evidence.com, its evidence management platform. This, of course, is where Axon sees its business heading in the future, and it is growing quickly. There's a level of stickiness to having this business, as being able to manage the voluminous data that body and dash cams produce and having an accessible interface to retrieve the information quickly makes a department loathe to leave the ecosystem once it's joined. Annual recurring revenue in its software and sensor business surged 60% to $101.6 million in the third quarter.

We should continue to see this business expand, and the health of Axon's cloud-based operations ought to give investors insight into how the company as a whole is doing.

Time for a close-up

All the data that is being stored in Evidence.com is coming from the network of cameras Axon sells. Body cams have been the bulk of the business as cities and municipalities around the country have sought both accountability from their police departments and protection of their officers and the public.

Axon dominates the body cam market, having acquired one of its principal competitors (VIEVU) last year. It still faces a threat from rival Digital Ally. The two companies are continuously suing each other in court for violating each other's patents, and investors need to be mindful that Axon could be crushed if it ever loses one of these cases that negates the value of its cameras.

In acquiring VIEVU, however, it gained control of around 80% of the big-city market. While Axon already had most major markets under contract, the deal gave it arguably the biggest prize -- the New York City Police Department -- as well as Miami, Oakland, and Phoenix. Keep an eye on whether it's added additional major city departments to its roster.

Despite the slowdown in Taser revenue, Axon Enterprise still saw profit margins rise in the third quarter as product mix improved and discounts it offered customers in the year-ago period were lapped. That resulted in gross margin for the quarter jumping to 62.6%, a 750-basis-point increase, and a year-to-date operating margin improvement of 410 basis points to 7.5%.

Investors should keep an eye on whether margins continue to widen, particularly as the new Taser 7 and Axon 3 camera wend their way into the marketplace.

Axon's Next Phase: Tasers for Everyone?

This Growth Stock Is Just Getting Started