GE's CEO just had a bright idea about who to sell his healthcare unit to.

Four months ago, General Electric (GE -3.03%) dropped a bombshell: John Flannery was out, and former Danaher (DHR -2.20%) CEO H. Lawrence Culp, Jr., was in as GE's new CEO. Four months later, GE has just dropped another bombshell, and it's being even better received:

This morning, General Electric announced that it has reached a "definitive agreement" to sell its BioPharma business to Danaher -- GE's CEO's old shop -- and GE will receive $21.4 billion in return. 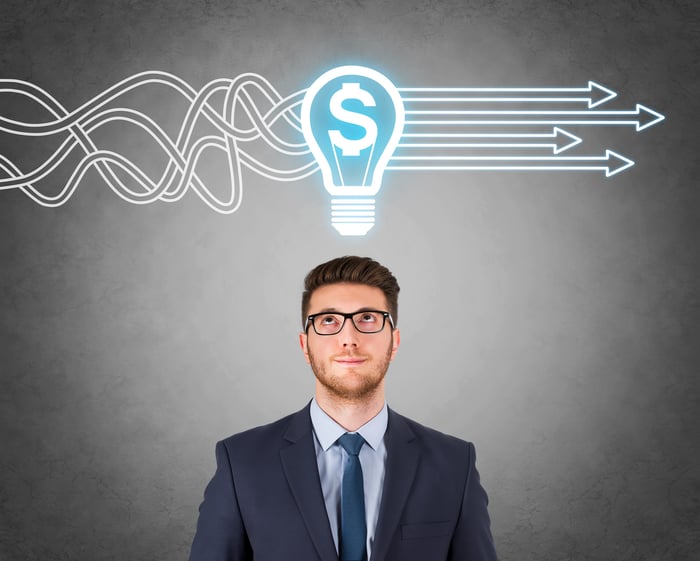 GE's CEO just had a bright idea about who to sell his healthcare unit to. Image source: Getty Images.

GE's press release contains the details: Danaher will buy GE BioPharma for $21 billion, cash, plus assumption of "certain pension liabilities" -- worth $400 million. With GE BioPharma having produced $3 billion in 2018 revenues, the valuation of this deal, at a hair over 7 times sales, looks like great news for GE, whose own stock commands a valuation of less than 0.8 times sales.

GE Healthcare President Kieran Murphy opined that while "the BioPharma business has been a strong contributor to our success" at GE, he is also "confident this agreement represents a great opportunity for our valued colleagues to flourish under the ownership of Danaher."

Investors apparently agree, as Danaher stock -- which had gained 7.8% by 11:40 a.m. EST -- is going up in tandem with GE's. And given GE's CEO's close familiarity with both companies and presumed warm feelings for his old place of employ, it makes sense that this deal would appeal to both buyer and seller.

GE's decision to sell GE BioPharma to its CEO's old company may raise eyebrows among investors. Indeed, I see there are at least a couple of law firms reminding investors of ongoing shareholder class action suits against GE today. Still, management at GE thinks it should be able to clear all hurdles and close this sale by the end of the year.

Then, with $21 billion worth of new cash in hand, GE can set about using "the proceeds from the transaction to reduce leverage and strengthen its balance sheet." With $110 billion in debt to address, it should have no difficulty finding loans to pay off.