Hasbro is down 17% from the $107-a-share high hit in September of last year. Hurt by the bankruptcy and liquidation of one of its biggest distributors, Toys R Us, the company's sales plummeted 12% last year, and 13% in the last quarter alone, ending the year with an earnings miss. Given this, it's unsurprising that analysts such as banker BMO Capital have been recommending that investors sell the stock. But this morning, the analyst changed its mind and upgraded Hasbro. 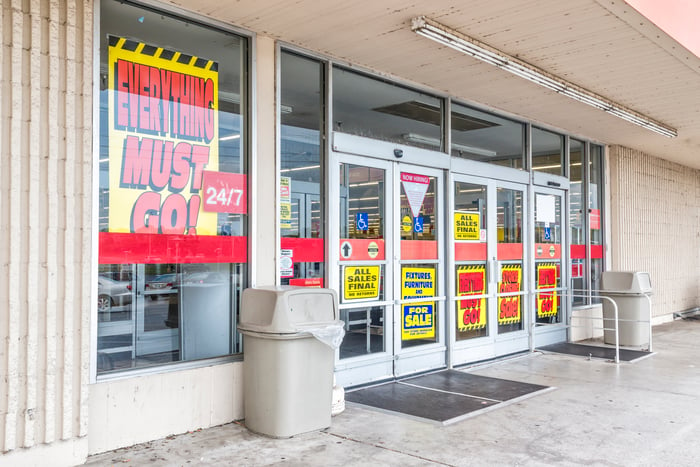 TheFly.com has the details. BMO Capital just upgraded Hasbro stock from underperform to market perform (i.e., from sell to hold). It wasn't a buy rating, but BMO also raised its price target on Hasbro to $88 a share -- precisely where the stock trades today -- indicating that at long last, BMO believes Hasbro's stock price slide is at an end.

Toys R Us announced plans to liquidate itself nearly one year ago (March 15, 2018), and filed for bankruptcy even earlier -- in September 2017. In BMO's view, enough time has now passed for investors to have gotten over the shock of Toys R Us' passing (even if, as Q4's results showed, Hasbro itself hasn't completely emerged from the shadow).

With expectations for Hasbro's business now reset to accommodate the absence of Toys R Us as a reseller, there's now room "for investor sentiment to improve," argues the analyst. Granted, there are still risks to owning Hasbro, and the stock could conceivably underperform even Wall Street's more muted expectations for the shares. But BMO believes it sees enough positive catalysts on the horizon to sustain a potential rebound in Hasbro stock.

Chief among these, argues BMO, is the series of "major theatrical events" coming in 2019, which could boost Hasbro's fortunes as it manufactures and sells toys tied to Hollywood's slate of upcoming films.

What are these films, you ask? Well, the most obvious candidate would seem to be Toy Story 4. Due out from Disney in June, it's got toys right there in the name, and could provide a boost to Hasbro. BMO also sees a "hype cycle" forming around Frozen 2, which will come out in November. Beyond that, I see Hollywood has plans to release Star Wars: Episode IV in December, Spider-Man: Far from Home in July, Aladdin in May, Avengers: Endgame in April, Dumbo later this month, and Captain Marvel just a few days from now -- and that's just the Disney (NYSE:DIS) slate! Each of these movies should have strong toy-sales tie-ins. What's more, it appears that Hasbro holds licenses to produce toys for all of these Disney franchises -- Disney, LucasFilm, Marvel, and Pixar -- through at least 2020.

Check out the latest earnings call transcript for Hasbro.

What to expect from Hasbro stock in 2019

It's little wonder, therefore, that analysts who were disappointed with the $1.74 per share that Hasbro earned in 2018 are expecting to see the stock nearly triple its profits to $4.45 this year. (Earnings are predicted to grow a further 11% in 2020, and to average 10.5% growth over the next five years, according to data from S&P Global Market Intelligence.) Such a rapid turnaround in Hasbro's fortunes seems likely, in and of itself, to merit an upgrade to at least hold.

But what are the chances Hasbro investors can hope for something more?

Thus, while Hasbro stock may look expensive at 50 times trailing earnings right now, if the company earns what it's expected to in 2019, then BMO's decision to upgrade it and Hasbro's ability to hold onto its current valuation appear plausible. That being said, Hasbro topped out at 22.3 times earnings in 2016, which would yield $99 a share on 2019 expected earnings. I think that would be the high-water mark for this year -- and a good price to watch for if you're thinking about selling Hasbro stock again.