The tech titan's execs are intruding in the creative process.

Investors have been hearing rumblings about Apple's (AAPL 1.37%) forthcoming video-streaming service for years, with the first rumors emerging back in mid-2015. In the time since, the company has ramped up its budget, hired veteran TV execs from Sony, continued buying up TV and movie content, and officially acknowledged that it indeed has something in the pipeline. The service is expected to be unveiled in a matter of weeks.

We're now getting a better idea of why it's taking so long. 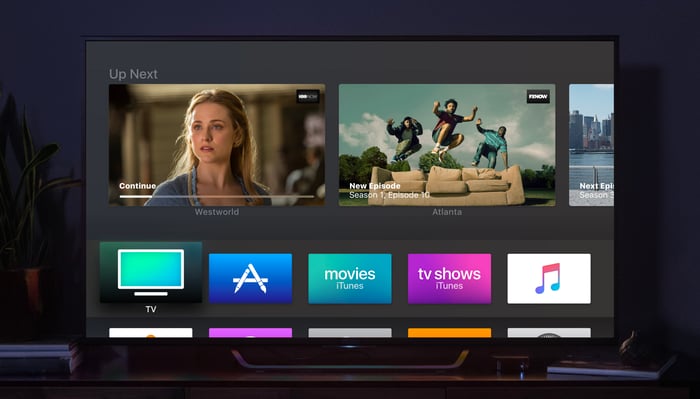 The New York Post reports that Apple's courting of Hollywood has been marred by overbearing executives that are out of their element, including CEO Tim Cook. The chief executive has even visited the production sets of shows in Vancouver and Los Angeles, according to the report. The Post's sources even went as far as to call Apple execs "intrusive," among other things.

Being family-friendly is core to Apple's brand, and it's been previously reported that the company wants approachable content. This stance has apparently created tension, with Cook supposedly sending notes like "don't be so mean!" to producers. It's highly unusual for a CEO to provide this level of granular feedback, but it should come as little surprise, as Apple has always been a control freak. The approach that has worked so well in integrating hardware and software to make high-tech gadgets doesn't quite lend itself as well to producing creative content.

Meanwhile, Apple is also changing the technical aspects of the service. Overall, these factors are all contributing to delays, as the company has had to push back the launch schedule numerous times as a result.

Apple's domineering ways are in stark contrast to Netflix (NFLX -1.12%), which has adopted a famously hands-off approach to producing content. For example, in a 2015 Reddit Ask Me Anything session, Aziz Ansari pointed to creative freedom as one reason why he picked Netflix for his award-winning show Master of None. "We pitched only to premium spots cause we didn't want to deal with content issues," Ansari wrote. "On Netflix, we never had one issue with content."

CEO Reed Hastings exerts virtually no influence on daily content decisions, even as the video streamer becomes increasingly reliant on original content, which now drives the bulk of costs while simultaneously generating interest among subscribers. Of course, with the sheer quantity of original content that Netflix now produces, it wouldn't be practical for Hastings to send feedback to every showrunner.

Apple should take some cues from Netflix's creative process.

If Apple wants its video-streaming service to make a dent in the intensely competitive market for your attention, it should relinquish creative control. The company may have deep pockets and a long time horizon, but the worst thing it could do is stifle creativity in a new service.

After all, the Mac maker has now publicly set a goal of hitting 500 million paid subscriptions at some point next year, and first-party services will play a meaningful role in getting there. "We're also very interested in adding new services that can provide great value to our customers in the future," CFO Luca Maestri said on the last earnings call. "And we don't want to get into product announcements here, but obviously that is part of our strategy."