Shares of motorcycle maker Harley-Davidson (NYSE:HOG) rose as much as 5.2% in trading Tuesday after the company announced a very surprising addition. Shares gave back some of those gains and closed down 3.4% for the day.

Harley-Davidson is acquiring StaCyc, maker of electric two-wheel scooters, or cycles, for kids. The company's models range from $649 to $699 and are currently sold through specialty bicycle retailers, online, and at 29 Harley-Davidson stores. 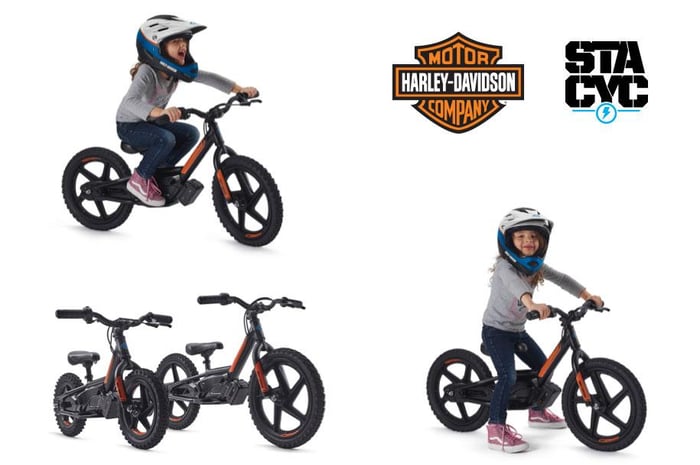 Adding StaCyc increases the company's electric cycle lineup shortly after launching its own electric motorcycle, called LiveWire. The theory for Harley-Davidson is that electric scooters will be a gateway to the next generation of riders. Whether that plays out could take decades to determine.

Check out the latest earnings call transcript for Harley-Davidson.

Harley-Davidson didn't disclose the purchase price of StaCyc but did say the company has "inspired more than 6,000 new riders," implying that just over 6,000 cycles have been sold. That's a very small number and probably makes this a relatively small investment for the company, which may mean it's worth the risk. But investors shouldn't think this is a needle-mover for Harley-Davidson in the foreseeable future.