After losing nearly 10% of its market capitalization yesterday, Intelsat stock dropped a further 15.9% on Tuesday to close at the patriotically disheartening share price of $17.76.

The reason(s) appear to be three: First and foremost, Politico just reported that President Trump is downplaying support for a plan that would see the federal government essentially nationalize the provision of 5G wireless services in the United States -- which sounds like good news for private telecom businesses like Intelsat, but actually means there's a plan floating around out there for the government to nationalize 5G! 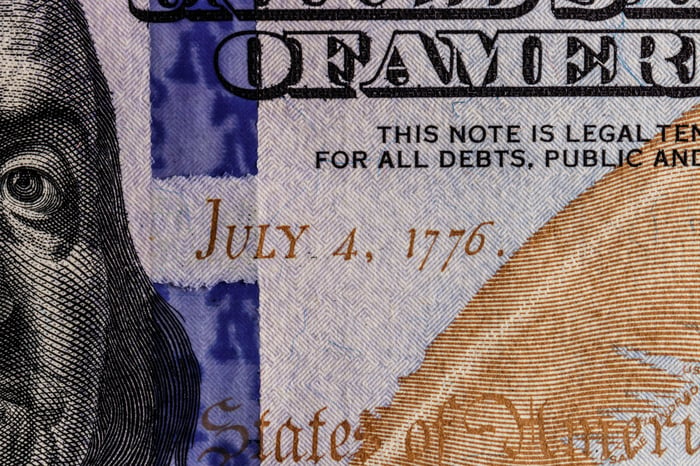 That fact alone probably would have sufficed to put the fear of Uncle Sam into Intelsat investors, but there's more. Several influential lawmakers in Congress, reports The Fly.com, have "fired warning shots" threatening to kill an FCC plan that would permit Intelsat, and other satellite communications companies, to sell access to 200 megahertz of C-band spectrum to wireless carriers -- advancing the cause of 5G in America, while at the same time giving Intelsat a nice infusion of cash.

With as much as $40 billion up for grabs, this is kind of a big deal for Intelsat, and the possibility that this deal could now be put at risk by Congressional legislation is also apparently worrying investors today.

On top of all that, RBC Capital reports there's also a movement in Congress to reintroduce the "Airwaves Act" -- which is not yet law -- but which, if it becomes law, may sequester 10% of the proceeds from any auction of federally owned spectrum to promote broadband access in rural areas, and potentially impose other requirements further restricting how spectrum is used.

It bears emphasizing that none of the above has happened yet. The Airwaves Act is not law, the spectrum sale has not been called off, and -- most importantly -- Uncle Sam hasn't nationalized 5G. But there's apparently a lot of money to be made from the 5G wireless revolution, and the one thing all these rumors have in common is the clear belief that the government wants a piece of the action.

For private telecoms like Intelsat, that's probably not great news.