The oilfield service company continues to operate in financial straits, despite recent improvements.

Shares of Weatherford International plc (NYSE: WFT) finished trading down 12.4% on March 6. Unlike many typical big-moving days for stocks, there wasn't any news out today to explain the big sell-off. The company didn't issue any press releases or file anything with the SEC.

However, there was one small piece of news that likely played a role in why investors were selling: Government data from the U.S. Energy Information Administration reported U.S. crude oil inventories rose by 7.1 million barrels last week, offsetting the decline in refined-fuel inventory. 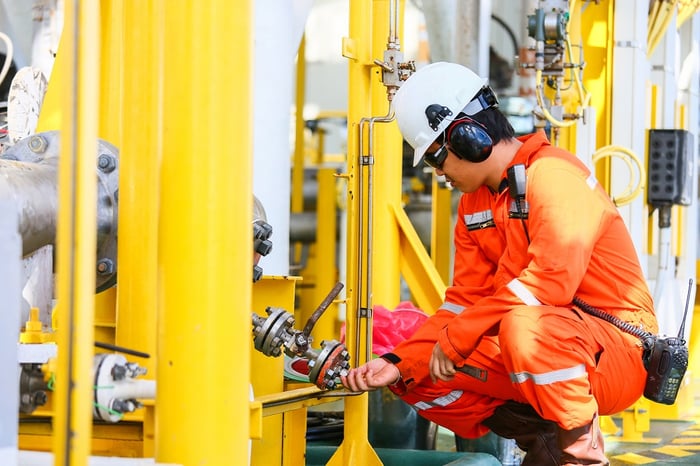 Weatherford shares continue to trade in penny territory, closing below $0.67 per share on the day, as the company continues to struggle with a veritable mountain of debt that's threatening to sink the company. And that makes Weatherford a ripe target for trading, with many investors mistaking its penny-stock price as being good value, while others see the opportunity to profit from the extreme volatility in the company's stock price. Weatherford's stock has already had over a dozen double-digit days -- up and down -- so far in 2019.

Check out the latest earnings call transcript for Weatherford International.

While Weatherford's share price is up over 30% so far this year, I'd caution any investor from taking a dip in the same pond with the company. Quite frankly, it's a troubled company with a veritable mountain of debt that could come crashing down on it.

And that's not an unreasonable expectation. The company managed to eke out a tiny $105 million in positive cash flow in the fourth quarter, the first time in over a decade that's happened, and expects to continue generating more positive cash flow in 2019. But it's going to have to sell off a lot of assets to reduce its massive debt obligations, and selling off parts of its business could also further squeeze its ability to generate positive cash flow.

It's the worst kind of Catch-22 for a struggling business to be in. The company finished 2018 with some $7.4 billion in net debt, and as of today, the enterprise value of the entire business is $8.2 billion. In other words, the market is pricing Weatherford with the expectation that its most valuable assets will eventually belong to its debtors.

If you want to roll the dice with some of your capital on the chance that management can turn the company around, there's a slim chance the company avoids bankruptcy and shareholders end up big winners. But considering how slim that chance is, this investor isn't putting any money on the line. As things stand, investing in Weatherford today is a speculative, high-risk bet; the share price should make that abundantly clear.

When it comes to betting, I'll take my chances at the poker table. At least I'll enjoy myself, win or lose.