The online poker giant's move to expand into sports betting is expected to deliver big growth in 2019.

Shares of The Stars Group (TSG) finished trading up 12.4% on Wednesday, following the release of the company's fourth-quarter 2018 results this morning before the market opened. The company said revenue was up 81% to $652.9 million in the quarter, and up 55% to $2.03 billion for the full year. Gross profit surged 68% in the quarter and 47% for the year. 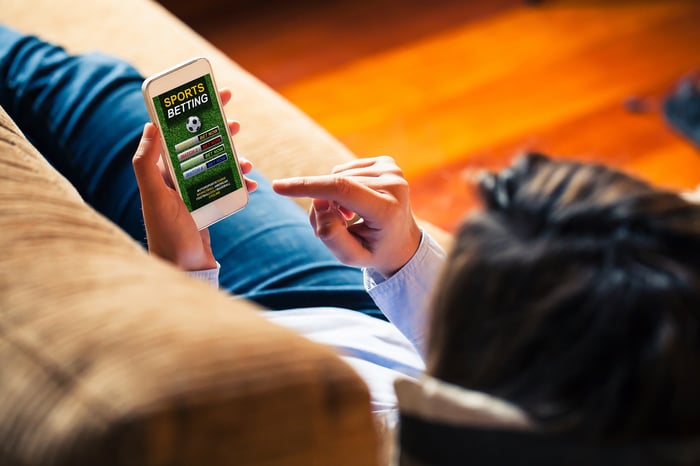 While the top line delivered massive growth, its bottom-line numbers went backward, with the company reporting a $38 million loss in the quarter and $109 million loss for the full year. But the net loss was expected, as the acquisitions made over the course of the past couple of years have added significantly to its expenses. General & administrative expense surged 52% in the fourth quarter, and finished the full year up 25%.

This wasn't a surprise as investors expected the company to lose money on a GAAP basis in 2018. The reasons were ongoing litigation and added expense related to acquisitions that diversify The Stars Group away from a pure online-poker company to sports betting and other gaming.

The big news driving the stock higher today was the company's positive guidance. The full-year 2019 target for EPS would be, by far, the company's best year ever. 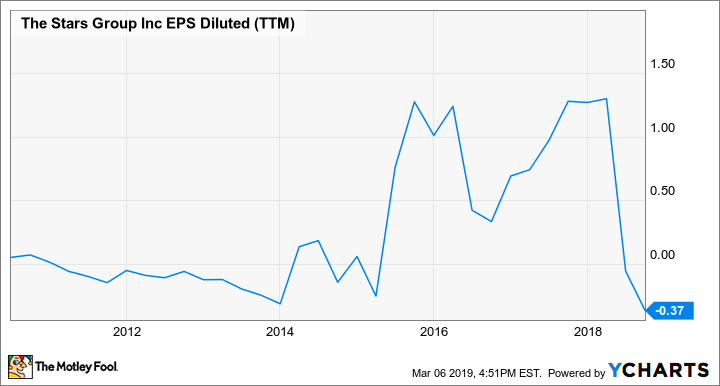 In addition to the positive 2019 guidance, the company also got good news late in 2018 when the Kentucky Court of Appeals ruled in its favor, reversing a massive $870 million judgment against it issued in 2015. At the time of the earnings release, the state Supreme Court had not announced whether it would hear an appeal or not.

The Stars Group clearly feels pretty good about 2019 and beyond, based on its guidance. But there continue to be regulatory challenges that the company must navigate, particularly in the U.S., that could limit the potential to grow its gaming businesses.

But with that said, if you're looking for a decent risk-reward play in gaming, its shares trade for between 8.4 and 9.4 times guidance for 2019 adjusted earnings. So it seems that a lot of the potential risk is still baked into the stock price, even after today's jump.

Why Fossil Group, The Stars Group, and Harsco Jumped Today

Why Shares of The Stars Group Inc. Popped 14% Today