The stock market continued its pullback on Thursday, responding negatively to rising concerns about whether the U.S. and China will be able to reach agreement on the trade issues they've been negotiating for months. Major indexes regained a bit of lost ground later in the session as investors weighed the potential consequences of new tariffs to take effect on Friday, but they still finished lower by around 0.5%. However, positive news helped some companies avoid the downdraft. Fossil Group (NASDAQ:FOSL), The Stars Group (NASDAQ:TSG), and Harsco (NYSE:HSC) were among the top performers. Here's why they did so well.

Shares of Fossil Group climbed 13% after the maker of watches and accessories reported its first-quarter financial results. Not all of the company's numbers were pretty, as revenue sank by 18% compared to the previous year's first quarter on a combination of reduced demand and currency weakness. Yet even though Fossil lost money again during the period, the size of its losses shrank by nearly three-quarters. More encouragingly, the company said that sales of innovative wearable devices were higher, especially in the Americas. Combined with double-digit sales growth in China and India, Fossil's results were good enough to raise hopes for a more comprehensive turnaround later in 2019. 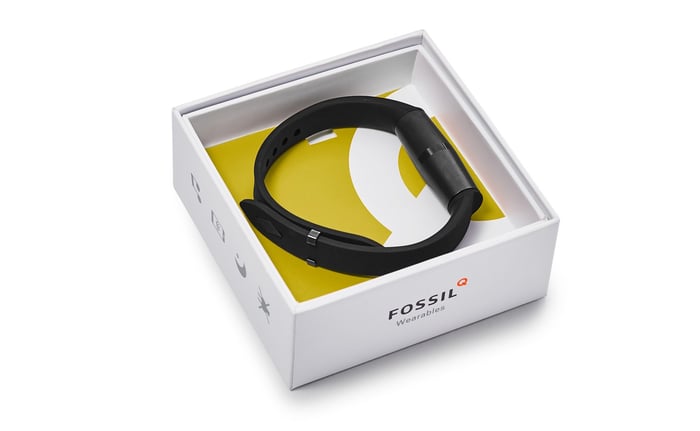 The Stars Group saw its stock jump 15% following the online betting specialist's announcement that it had formed a partnership with Fox Corporation's (NASDAQ:FOX) Fox Sports unit. The two companies will launch a sports wagering platform called FOX Bet to allow customers in states that have legalized sports betting to do so. As part of the deal, Fox agreed to buy about 5% of Stars' outstanding shares at a price of $16.44 per share, giving Stars valuable capital to pay down existing debt. Yet Stars also thinks that the move puts the two companies on the ground floor of an exciting opportunity in the gambling world -- one that fits well with its existing plans for growth.

Finally, shares of Harsco finished 20% higher. The industrial conglomerate released first-quarter financial results that included a nearly 10% rise in revenue and healthy gains in net income, and it raised its guidance for 2019 because of strong demand in its rail and general industrial businesses. Yet perhaps most encouraging was the news that Harsco has made strategic moves toward having a greater emphasis on environmental factors, with the divestiture of its Air-X-Changers business and today's announcement of its acquisition of specialty waste processing company Clean Earth. Harsco hopes that the shift will make its business less cyclical and give it exposure to higher-growth opportunities, and shareholders seem optimistic about that assessment.