This was to be expected.

The chorus of reports that Apple ( AAPL -1.17% ) is planning to build its own cellular modem chips has continued to grow louder, particularly as the bitter legal battle between cellular modem giant Qualcomm ( QCOM -0.29% ) and Apple has dragged on.

Now, according to Apple (via 9to5Mac), the company is planning on opening up an engineering facility in San Diego -- the city where Qualcomm's headquarters is located. That facility, according to the company, is set to employ 1,200 employees. 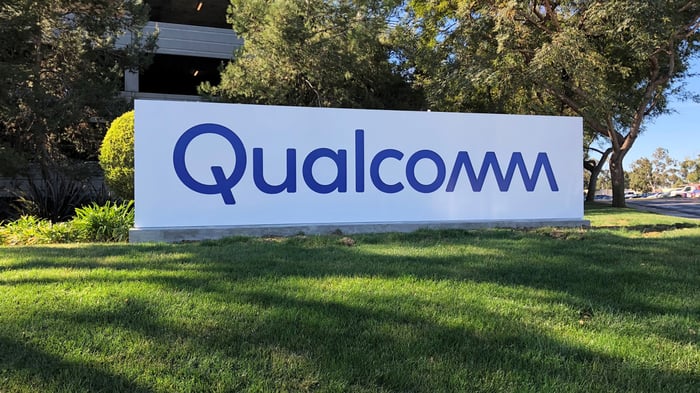 Given that Apple is apparently planning to build its own cellular modems, it's little wonder that the company would set up shop in a town jam-packed with wireless chip engineers.

Here's what this means for Qualcomm -- the leading maker of cellular modems -- as well as other modem makers that have development efforts in the city.

The cost of talent is set to rise

The talent market is like any other -- the price of talent is substantially guided by supply/demand dynamics. The more demand there is for a given supply, the higher the price of that talent.

Apple developing its own cellular modems is certainly going to increase the demand for that talent.

What this is likely to mean, then, is that modem development -- at least in San Diego -- is set to become more expensive. Apple, despite its recent disappointing financial performance, is still hugely successful and can afford to write the big checks required to lure in some of the industry's best engineers.

Thrilled that Apple is growing in San Diego, a beautiful city with so much talent! https://t.co/lyO8JQ7ETy

Since Qualcomm is the leading developer of cellular modems in terms of both technology prowess as well as in raw industrywide unit share, it's natural to expect that Apple is going to be extremely interested in recruiting some Qualcomm talent to bring its modems to life.

This isn't likely to be good for Qualcomm's financial performance. At best, the company might need to give some of its best engineers significant raises to match or exceed offers that Apple might put out, increasing operating expenses. In a less optimistic scenario, Qualcomm might see many of its top engineers leave, which could weaken the company's ability to continue to crank out great products.

Check out the latest earnings call transcripts for Apple and Qualcomm.

The talent situation is already tight

You might recall that Broadcom announced that it would be seeing its stock-based compensation expenses rise by more than 70% in its current fiscal year as it implements a "special broad-based multiyear equity award program" in a bid to retain the talent that it has in a "tight labor market."

Apple building its own wireless chips is only going to exacerbate that issue.

Moreover, while I've focused primarily on Qualcomm as a company that could get hurt in this potential talent war, it is by no means the only company that might feel the pain. Apple could very well nab talent from other companies that build great wireless chips, like Broadcom. (Broadcom doesn't build cellular modems, but it builds chips that are part of a smartphone's cellular subsystem.)

The news that Apple is setting up an engineering facility in San Diego lends further credence to the reports that Apple is, in fact, building its own cellular modem technology. It also means that the cost of engineering talent may be set to rise, driving up operating expenses for wireless chip companies that operate in the area.