Sea Limited (NYSE:SE) stock gained 53.5% in February, according to data from S&P Global Market Intelligence. Shares jumped after the company's fourth-quarter earnings release arrived with results that were significantly better than anticipated. 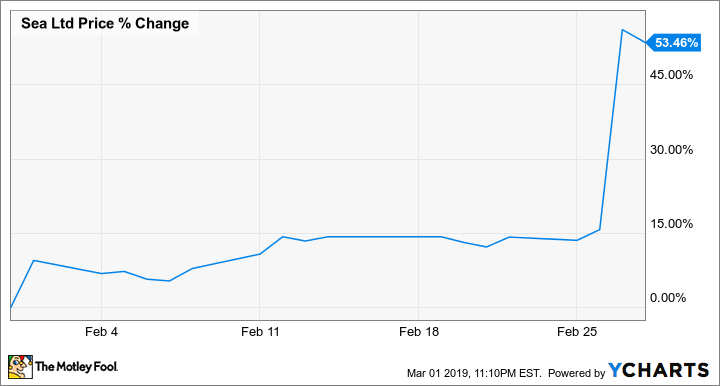 Sea reported fourth-quarter earnings on Feb. 27, with sales for the period climbing 136.6% year over year to reach $389.3 million. The company posted a sizable loss of $0.81 per share, but overall performance trounced the average analyst estimate's call for a loss of $0.85 per share on sales of $296.4 million, and the company's stock has now gained roughly 114% over the last year. 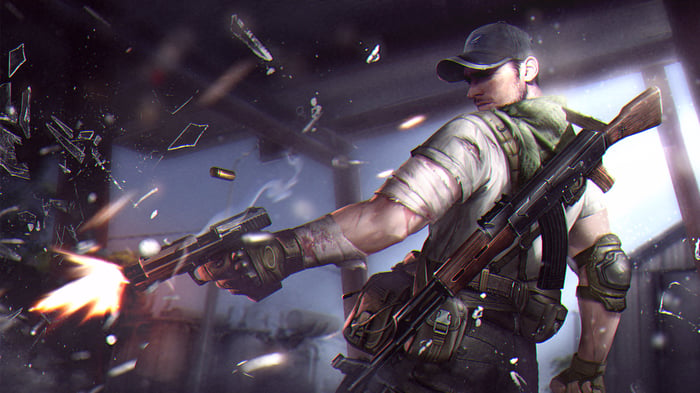 Sea's two main segments, digital entertainment and e-commerce, each posted encouraging results in the fourth quarter. The company's digital entertainment segment saw revenues climb roughly 63% to reach $241.3 million thanks to strong performance from its software lineup. Sea's internally developed game Free Fire was the fourth-most-downloaded game of 2018 on both the Apple App Store and the Google Play Store, powering the company's gaming segment to better-than-expected performance.

Growth for the company's online retail business was even more impressive. E-commerce revenue rose a staggering 1,262% to reach $126.9 million as the company's Shopee platform continued to expand and saw the benefits of partnerships with new buyers and sellers and strong momentum in Indonesia -- the app's top market.

Check out the latest earnings call transcript for Sea Limited.

Sea stock has continued to climb in March, with shares trading up roughly 11.4% in the month so far. 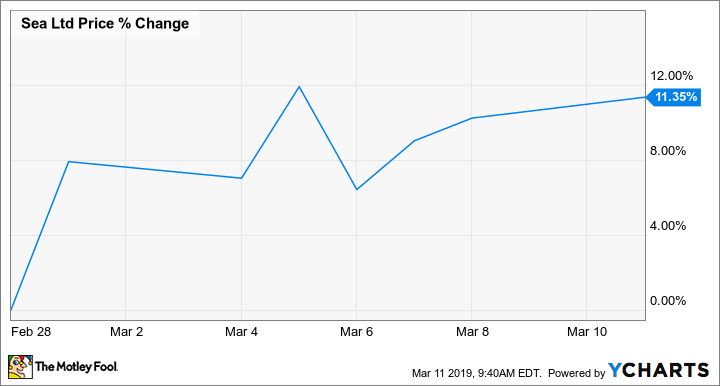 Sea published a press release on March 11 stating that it had completed its offering of 60 million new American depositary shares at a share price of $22.50 and raised $1.5 billion through the offering that it plans to use to further expand its business. The stock looks to be a high-risk investment, but it has growth engines that give it high reward potential as well.

Free Fire is a well-received entry in the "battle royale" genre that has been all the rage in the gaming world lately, and it could continue putting up strong numbers this year. Sea also has a distribution deal for international game publishing with Tencent Holdings. Shopee's operating cost as a percentage of revenue has also been falling, which suggests that the platform could begin narrowing its losses. That could be big for the stock, as expenses from the e-commerce business have been a big drag on the company's profitability.