Solid earnings and guidance caused the portable-cooler and thermos company's stock to heat up last month. 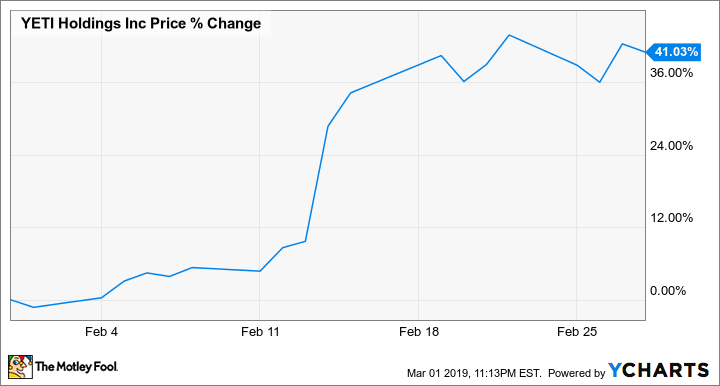 Yeti reported its fourth-quarter results after the market closed on Feb. 14, delivering results that came in significantly ahead of the market's expectations. Sales for the period climbed 19% year over year to reach $241.2 million and fall roughly in line with the average analyst estimate's target. Adjusted net income rose 379% to hit $32 million, good for earnings per share of $0.38 -- beating the average analyst estimate's call for per-share earnings of $0.35. 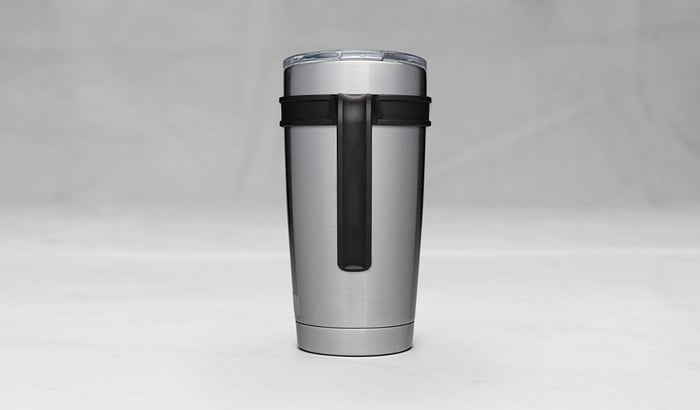 In addition to posting 41% gains across February, the stock is also up 41% from its price at market close on the day of its initial public offering, and it looks like the market is still trying to shake out what's next for the company and whether its momentum is sustainable. That said, it's not hard to see why the company's recent earnings results boosted bullish sentiment.

Yeti's core product offerings of portable coolers, drinkware such as thermoses, and other outdoor products performed well in the quarter ended in December. Drinkware segment revenue grew 24% year over year, coolers and equipment grew 10%, and the company also saw strong momentum for its direct-to-consumer (DTC) segment. DTC sales were up roughly 45% year over year, which is significant because this revenue stream tends to generate higher margins than the company's wholesale operations. Thus, this segment's growth helps to mitigate the risk that Yeti faces from the declines in the retail sector.

Yeti has a strong brand in its niche and highly regarded products, and its recent sales and earnings performance was impressive. The company also managed to pay down its debt by $152 million across 2018, marking a substantial reduction and bringing its total debt load to roughly $332 million at year's end. That progress suggests that the company's debt might not be as big an issue as some investors might have feared, but it's worth noting that the company's sales have historically been volatile and that keeping to this trend could lead to an uneven payment schedule.

Why Yeti Stock Was Down on Thursday
401%