A focus on long-term gains is proving to be a tailwind for the chipmaker.

At a time when semiconductor stocks get hammered at the drop of a hat, it is surprising to see that, at the time of this writing, shares of chipmaker Cypress Semiconductor (CY) have jumped over 25% so far in 2019 despite what can be called a terrible outlook.

Cypress' top-line growth hit a snag during the December-ended quarter. Revenue was up just 1.2% annually on account of weak demand for its chips, and guidance was even worse. Cypress is staring at a 6% year-over-year revenue decline the current quarter, while non-GAAP earnings are expected to drop 11% at the midpoint of its guidance range.

The company's top- and bottom-line estimates for the March-ended quarter were well below analysts' expectations, but investors seem to have unshakeable faith in Cypress' long-term prospects. This is not surprising given the strings that the chipmaker is trying to pull in some lucrative end markets. 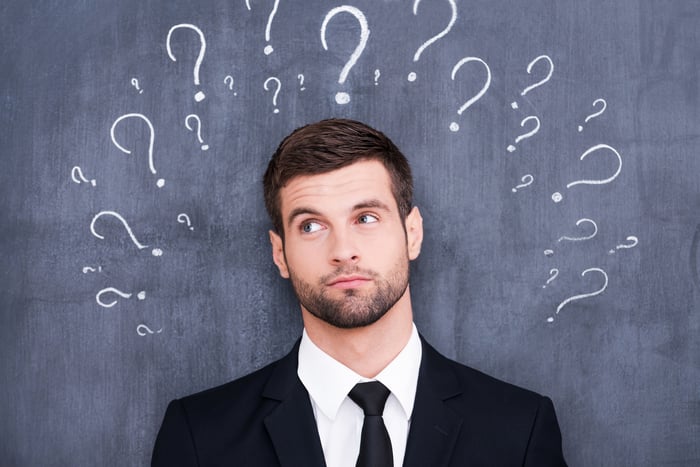 The automotive market has been a cornerstone of Cypress' growth lately. This segment delivered 13% year-over-year growth last quarter and now supplies 36% of the company's total revenue. That's not surprising, as demand for automotive chips has been increasing at a nice pace to enable wireless connectivity in cars, as well as other next-generation features related to infotainment systems and advanced driver assistance systems (ADAS).

According to one estimate, sales of automotive semiconductors will grow at a compound annual rate of 13% through 2023. This paves the way for Cypress' automotive business to sustain its impressive growth, as the company is attacking some of the fastest-growing niches within this space.

Demand for ADAS, for instance, is growing at an annual rate of 20%. Cypress has a foot in this market already thanks to its partnerships with major automotive original equipment manufacturers (OEMs) such as Bosch Automotive and Continental. In all, Cypress claims that the top eight automotive OEMs have been using its Wi-Fi and Bluetooth chips, so it won't be surprising to see the company witnessing solid growth in this market for a long time to come.

Gearing up for long-term growth

Cypress' near-term outlook isn't that great thanks to weak semiconductor demand. But investors aren't fretting about that, as the company's design win activity provides a clear indication that it is set up for long-term growth.

Cypress saw a 24% jump in design win activity last year, and 37% of its design wins came from new products.

In the automotive business, for instance, Cypress is sitting on $1.2 billion worth of design wins for its Traveo 2 automotive chip, which started sampling three quarters ago, clocking a quarterly design win rate of $400 million. For comparison, the company's automotive business generated just over $217 million in revenue last quarter. So its new automotive product has the potential to give a serious boost to Cypress' overall business.

More importantly, the company's margins have improved significantly since it put its strategy of pursuing fast-growing semiconductor niches into motion. The deployment of the Cypress 3.0 strategy has boosted the company's gross margin by 1,080 basis points since 2016. Cypress ended the fourth quarter of 2018 with a gross margin of 47.8%, and it expects to eventually hit a gross margin level of 50%.

In the end, it is quite easy to see why Cypress stock has continued its upward trajectory despite a disappointing outlook. Additionally, shares are trading at a reasonable price-to-earnings ratio of 16.6. This is on par with the industry average and way lower than the company's five-year average P/E ratio.

So the cheap valuation and the potential for long-term growth are the key reasons why Cypress stock keeps moving higher in the face of adversity, and that's not going to change anytime soon.