The multi-industrial company has already lowered growth expectations in 2019, and some of its end markets look challenging.

CFO Nick Gangestad's presentation at a recent J.P. Morgan conference shed some light on these questions. Let's take a look at what was said, and how it impacts the investment proposition for 3M.

Having started 2018 forecasting full-year organic revenue growth of 3% to 5%, 3M only managed to produce 3.2%. In fact, management progressively lowered guidance for revenue, earnings, and cash flow through 2018 -- something Gangestad put down to the negative impact on productivity caused by the wide-scale implementation of a new Enterprise Resource Planning (ERP) system. 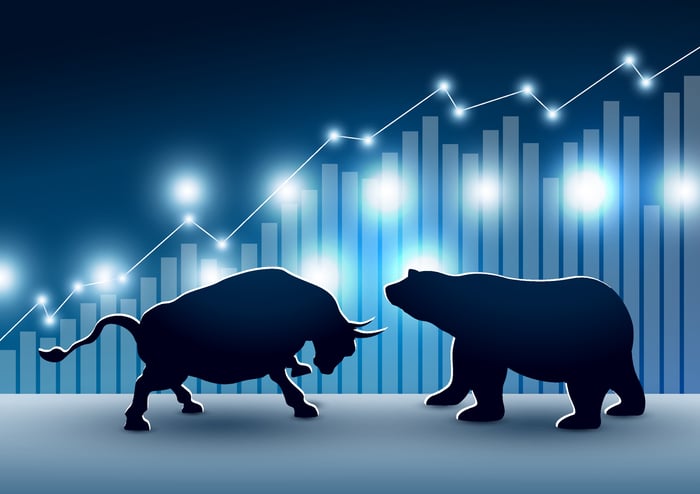 Frankly, this is an unconvincing argument: 2017 aside, 3M sales growth has disappointed in recent years when compared to initial guidance, even when a new ERP system wasn't being implemented.

Fast-forward to 2019, and the company has already lowered the bottom end of the full-year organic sales growth target given in November -- management now expects 1% to 4%, compared to 2% to 4%.

At the time of the fourth-quarter earnings report in January, CEO Mike Roman attributed the reduction in 3M's guidance to slowing in key end markets -- namely China, automotive, and consumer electronics.

Check out the latest earnings call transcript for 3M.

What other companies are saying

It would be harsh to blame 3M for macroeconomic issues that have impacted so many other companies in the last six months. For example, machine-vision company Cognex (CGNX 1.20%) has also seen deterioration in automotive and consumer-electronics end markets, its two largest industry verticals. And Rockwell Automation (ROK 0.91%) lowered expectations for its automotive-based sales in 2019 during the company's recent earnings presentation.

However, it's worth noting that Rockwell maintained its guidance for organic sales growth of 3.7% to 6.7%, based on strength in other areas. And Cognex's secular growth prospects and strength in logistics mean it could still surprise to the upside in 2019. In contrast, 3M has already cut its full-year underlying sales guidance.

With all this in mind, investors were hoping for a more optimistic outlook from Gangestad at the recent event. They didn't get it.

In a nutshell, Gangestad said the weakening trends in China and consumer electronics were panning out as expected based on the first few months of trading. China has been a growth engine for the company in recent years, so the CFO's estimation of 1% to 5% growth for 3M in the country is somewhat disappointing. In addition, he talked about a lowering of industry (and 3M's internal) forecasts for global auto production in 2019.

Gangestad tried to accentuate the positive by arguing that the first few months of 2019 were as outlined on the earnings call in January, but the facts are that 3M lowered sales and earnings guidance on that call, and the width of the new range for organic sales growth of 1% to 4% gives management a lot of room.

Moreover, in addition to the weakening trends in certain end markets, Gangestad also mentioned the possibility of customers having excess inventory in their sales channels due to the slowdown. In other words, when customers' own sales aren't as strong as expected, they may feel they have too many of 3M's products on their books and subsequently cut purchases from 3M.

Prospects for 2019 and beyond

The moderator of the session, J.P. Morgan analyst Steve Tusa, asked about 3M's growth prospects -- in particular, regarding the first quarter. Gangestad's answers implied that organic revenue growth could be flat or even down in the first quarter, and the first half of 2019 would be weaker than the back half. This means it's going to get worse before it gets better for 3M, and investors will just have to ignore any negative headlines for the next six months.

Tusa also asked about 3M's intent to spend around 11% of its revenue on capital spending (5%) and research and development (6%). Gangestad confirmed that this would be the case, and argued that it was in line with 3M's business model of creating differentiated products that can command margin and generate sales growth, leading to a good return on investment.

It's a powerful argument that long-term shareholders, happy with a 380% stock-price gain in the last decade, will warm to. However, they have to believe that those investments will perform as expected, because they constrain earnings and cash flow in the near term -- as you can see below, 3M commands a premium to its sector, based on cash flow valuation: 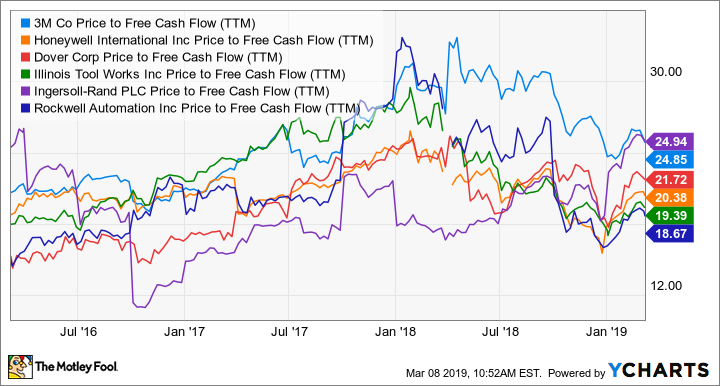 What does this mean for 3M investors?

Frankly, this is cause for another note of caution on a highly rated stock. Some of 3M's end markets are under pressure, and business trends appear to be getting worse. Spending on capital assets and on research and development should be warmly welcomed by seasoned 3M investors -- after all, this is 3M's business model.

However, for more circumspect investors, the combination of a high valuation and potential to miss near- and long-term targets is a reason to avoid the stock for now.