The retailer's earnings went up in 2018, but its stock is going down.

Shares of Dick's Sporting Goods (DKS 0.22%) are in freefall, down 10.8% as of 1:15 p.m. EDT, after the company reported its fiscal fourth-quarter earnings this morning. And yet, Dick's didn't "miss" earnings. In fact, by one measure at least, it eked out a small earnings beat. 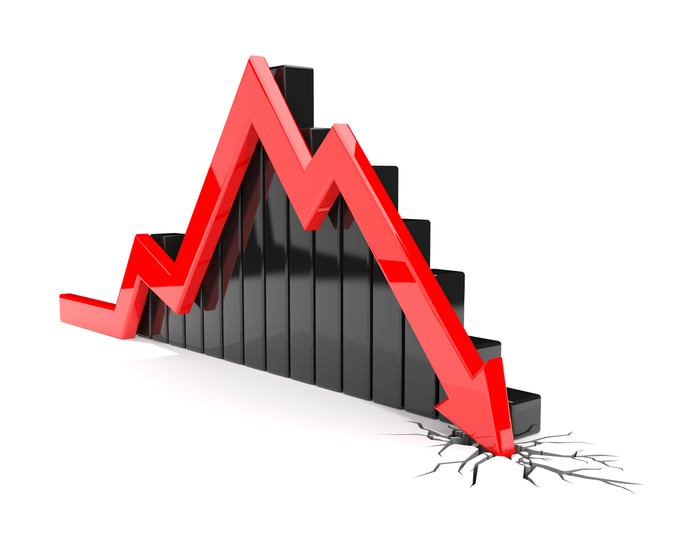 Dick's earnings went up in 2018, but its stock is going down. Image source: Getty Images.

Nevertheless, Dick's earnings did decline year over year, falling 4% from the $1.11 per share earned in Q4 2017 (a quarter in which the retailer benefited from a 14th week being included). Sales, similarly impacted by the calendar quirk, declined 6.5%, and same-store sales declined 2.2%.

Looking ahead to the rest of 2019, the sporting goods retailer is predicting it will earn between $3.15 and $3.35 per share this year -- $3.25 at the midpoint, and thus basically flat against 2018. Management's plan to stop selling guns at 125 of its stores this year will likely be one of the factors hurting profit growth.

Nevertheless, despite this move, Dick's hopes to resume growing same-store sales -- between 0% and 2%. And the company will open nine new stores this year, which should result in total sales growth greater than the same-store sales figure.