Shares of Corindus Vascular Robotics (NYSEMKT:CVRS), a robotic surgery company focused on vascular disease, rose as much as 14% in afternoon trading on Thursday. Shares were up about 10% as of 2:41 p.m. EST. The jump appears to be traceable to significant buying activity by one of the company's directors.

Securities and Exchange Commission filings have revealed that Louis Cannon, who is listed as a director at Corindus, substantially added to his position in the company's stock this week. Cannon purchased 573,798 shares of common stock at an average price of $1.38 on Tuesday. That represents an $800,000 vote of confidence for the future of the business.

Traders appear to be bidding up shares of this beaten-down stock today in response to insider buying. 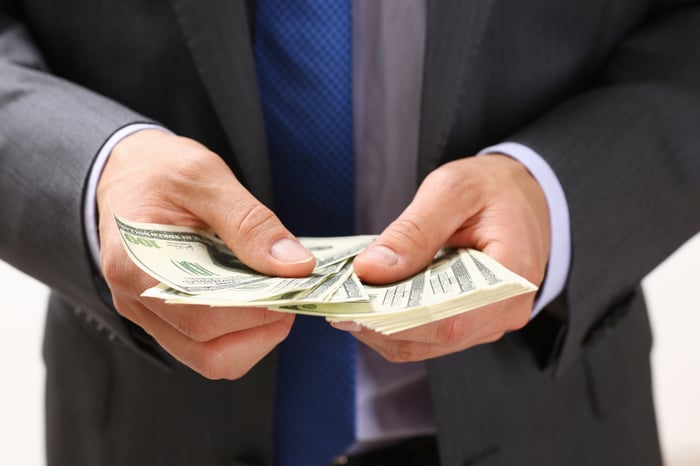 Corindus recently reported its full-year 2018 financial results. Here's how those numbers shook out:

There are positive and negative takeaways from these numbers.

The good news is that the CorPath GRX install base is growing quickly and that gross profit is rising fast. The total net loss is relatively steady, too, which is impressive given that the company is scaling out its commercial team.

The bad news is that revenue and cassette volumes are not growing quickly at all. Low double-digit revenue growth is something that you'd expect from a mature business like Intuitive Surgical, not from a company that is still losing money and working off of a small base. I find that to be troublesome given that this company is still setting fire to tens of millions of dollars in capital each year.

Louis Cannon clearly thinks that Corindus is poised for a substantial rebound over the next couple of years, which is a possibility. But until this business starts to produce much faster revenue growth rates, I'm content to keep my time and capital focused elsewhere.