Here's how much Lyft is looking to raise, how richly it will be valued, and how much voting power the co-founders will wield.

Popular ridesharing platform Lyft filed its initial S-1 Registration Statement with the SEC earlier this month, but this morning it filed an amended version of the document that filled in several important blanks. It's common for companies preparing to go public to tweak their filings leading up to IPO day, disclosing a little bit more information each time.

Here are three important new revelations from the latest version. 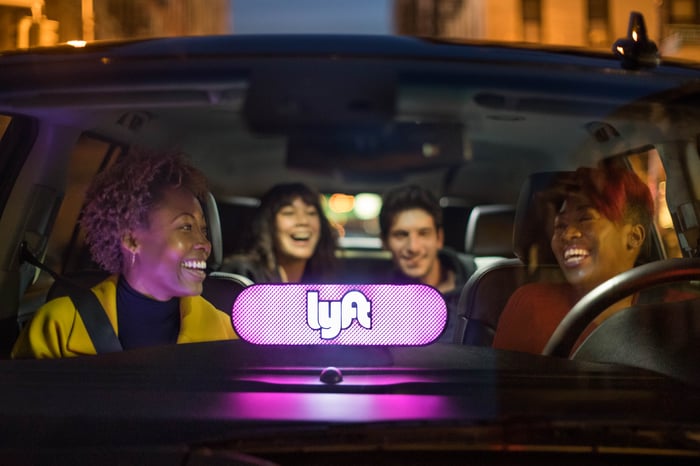 How much capital Lyft is raising

Lyft expects the offering to price between $62 and $68 per share. At the midpoint of $65, the company expects to raise net proceeds of $1.9 billion to $2.2 billion in fresh equity capital, depending on whether the underwriters exercise their options. After the offering, Lyft expects to have 271.4 million Class A shares outstanding and 12.8 million Class B shares outstanding. The latter share class enjoys supervoting rights and is exclusively held by co-founders Logan Green and John Zimmer (more on this later).

The offering will value the nearly 7-year-old company at $21 billion to $23 billion, depending on variables such as underwriter options and where the deal ultimately prices. The offering price will depend on investor demand for Lyft shares. Note that this is the first opportunity that public investors will have to invest in a ridesharing pure play. 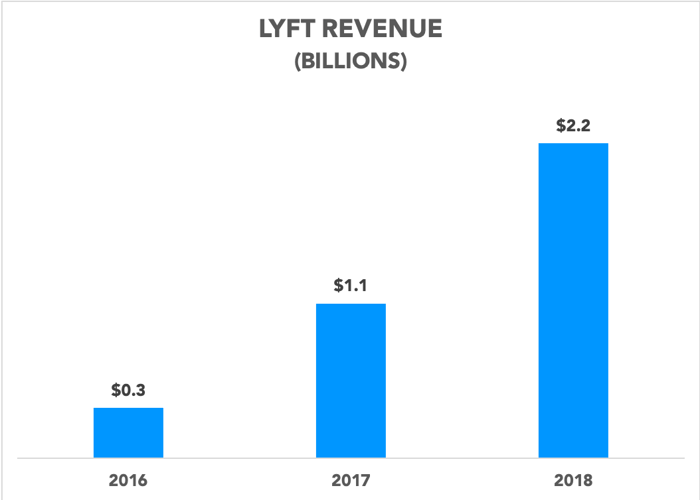 Lyft generated nearly $2.2 billion in revenue in 2018, meaning it expects to go public at around 10 times sales or more. That's quite a premium, but keep in mind that revenue growth has been astronomical over the past three years and that momentum is expected to continue into 2019. That helps justify the premium, but it's unclear how to value Lyft on a forward-looking basis (there aren't too many analyst estimates for 2019 sales out quite yet).

Additionally, much of valuation analysis relies heavily on comparable peers and relative valuations, of which there are none for Lyft. (Uber is expected to go public soon but has yet to publicly file its own documents.) A price-to-sales multiple of 10 sounds expensive, but it's anyone's guess at this point whether or not that will be warranted.

Like most founder-led tech companies these days, Lyft's co-founders are seeking to retain control through supervoting shares. In this case, Class B shares get 20 votes per share while Class A shares get 1 vote per share. Lyft is now giving investors a better idea of how much control Green and Zimmer will wield. Green holds about 60% of all Class B shares, with Zimmer holding the remaining 40%.

After the offering, Green will have approximately 29.3% voting power, with Zimmer wielding 19.5% voting power. That puts the co-founders' combined voting power at around 48.8% -- not quite enough to technically exert majority control over corporate governance matters, but close enough. Besides, when you add in other insiders that will likely vote with Green and Zimmer, all executive officers and directors combined will have nearly 61% voting power.

Much like similarly structured companies before it, and inevitably others that will follow, public investors are just going to have to trust Lyft's leadership and accept that they won't have much say in how the company is run.