Spring is in the air. Valentine's Day is barely a month gone, and Mother's Day is just around the corner. (May 12 -- mark your calendars!) It's at times like these that the hearts of Wall Street analysts turn to...flower stocks. 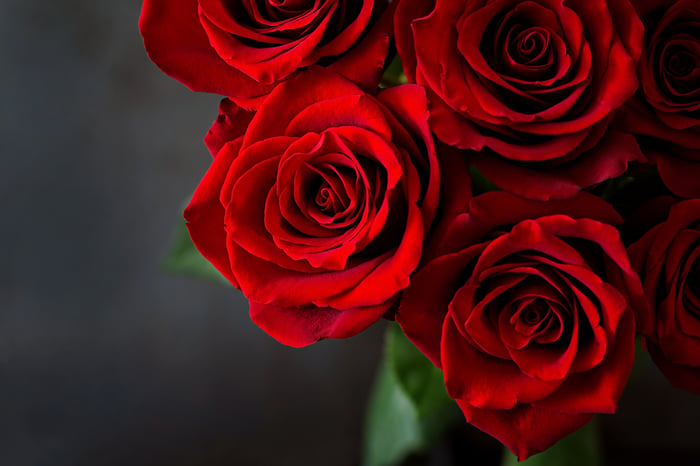 Founded more than a century ago and famous for its icon of Mercury running with a bouquet of flowers, FTD's time on this Earth may finally be coming to an end.

FTD is burdened with a net debt load of nearly $200 million (on a market cap of barely $30 million) and coming off of four straight years of losing money (including $225 million lost last year, according to S&P Global Market Intelligence). The company announced yesterday that unless it finds a buyer or finds a way to pay off $218 million in debt by June 1, it may "be unable to continue as a going concern."

In other words, FTD may soon be bankrupt.

Check out the latest earnings call transcript for 1-800-Flowers.com.

And yet, there's a silver lining around this news -- at least for shareholders of 1-800-Flowers.

This morning, investment banker DA Davidson upgraded shares of 1-800-Flowers.com to buy and upped its price target 25% to $22.50. Having invested in digital spending and mobile ordering, argues Davidson in a note covered by TheFly.com, 1-800-Flowers is "finally firing on all cylinders," growing its consumer floral business 8% and its BloomNet business 15% in fiscal Q2 2019. Indeed, adds the analyst, Q2's performance was just the latest in a string of strong quarters that saw BloomNet grow revenue 13% in fiscal Q4 2018 and 21% in Q1 2019.

Good as this news is for 1-800-Flowers investors, though, the really good news is what the future may hold if FTD goes away.

Currently, notes Davidson, there are only three major flower delivery networks operating in the U.S.: 1-800-Flowers and FTD, both of which are publicly traded and have access to investor funds, and Telefora -- which isn't and doesn't.

At the very least, removing FTD from the competitive landscape should be expected to decrease pricing competition among these three florists. But the news could be even better than that.

As FTD's business deteriorates, argues Davidson in comments quoted by StreetInsider.com (subscription required), 1-800-Flowers can expect to benefit from an "influx of orders from third-party online order-gatherers, to whom FLWS pays a fee for the order." While this fee can be expected to depress gross margin for the company, it will cause revenue to "surge," boosting gross profits despite the pressure on margins.

Over time, adds the analyst, 1-800-Flowers can also expect to benefit as "florists with 3-5 year contracts with the FTD network start to buy flowers, vases, and some marketing services from BloomNet because their order volumes through the FTD network are shrinking." And finally, of course, Davidson notes that florists who are not BloomNet members are likely to "switch to BloomNet and sign multi-year contracts."

How good could this news get for 1-800-Flowers.com shareholders?

So if FTD goes away, there should be enough new revenue up for grabs to potentially nearly double 1-800-Flowers' business (assuming Teleflora doesn't scoop up too much of it).

Davidson seems confident that 1-800-Flowers will get at least its fair share of that revenue, and if it's right about that, this could add a huge tailwind to the company's business. Now, analysts mostly predict a decline in 1-800-Flowers' profits this year, relative to fiscal 2018. However, consensus estimates predict a 24% surge in profits next year, 43% improvement in fiscal 2021, and 20% average growth over the next five years.

Given that 1-800-Flowers stock only costs about 24 times trailing free cash flow today, and given the potential for the company to grow even faster than estimates are predicting -- if/when FTD goes away -- I can't help but agree with DA Davidson's analysis today: 1-800-Flowers.com really could deliver for investors.

Why 1-800-Flowers.com Stock Was Down This Week