Here are three small-cap stocks that could be making headlines in the years ahead.

When you tune in to stock market coverage, you're likely to see headlines driven by massive global companies. But there are many small-cap stocks with growth stories that could be making the headlines of tomorrow. Three Motley Fool contributors think Freshpet (FRPT -4.27%), Qualys (QLYS -0.94%), and Ameris Bancorp (ABCB -1.74%) warrant a closer look.

Jeremy Bowman (Freshpet): Americans consistently demonstrate a willingness to spend more money on their pets. The pet-food industry is stable, recession-proof, and growing steadily as more pet owners see their animals as members of the family.

You probably wouldn't know it, but one big winner in the sector has been Freshpet, whose stock has jumped more than 400% over the last three years and has quietly been one of the best on the market.

Freshpet sees itself as disrupting the $30 billion pet-food industry, arguing that traditional dog- and cat-food formulations have essentially been unchanged for decades. Instead of conventional dry food or even canned wet food, Freshpet offers fresh, refrigerated food for dogs and cats and sells its products in Freshpet Fridges in pet stores and big-box chains. It currently has installed 19,500 Freshpet Fridges and sees room in the market for at least 30,000 fridges across North America.

Growth has been impressive, with revenue up 26.8% in 2018 to $193.2 million. It increased even faster in the fourth quarter, growing by 29.7%. Considering the size of the pet-food market, Freshpet has yet to capture even 1% of the total market, so it should have a long path of growth ahead of it, especially as brand awareness and availability build. Profits are also expected to build, as the company sees 38% adjusted EBITDA growth this year along with 24% revenue growth.

Freshpet expects the pet-food market to grow annually by 6% over the next five years. Considering the company's position as a disruptor, Freshpet looks poised to continue grabbing share of the growing market and delivering returns for investors.

Check out the latest earnings call transcripts for Freshpet, Qualys, and Ameris Bancorp.

Daniel Miller (Qualys): With so much of our information stored online, data breaches have become increasingly common and impactful. In fact, according to Juniper Research, the annual cost of data breaches worldwide will soar to $2.1 trillion by 2020. Skyrocketing data breach costs have business leaders everywhere looking for solutions, which is great news for Qualys. If you haven't heard of Qualys, the company is a leading provider of cloud-based security and compliance solutions with more than 12,200 global customers, including 70% of the Forbes Global 50. It boasts active users in more than 130 countries. 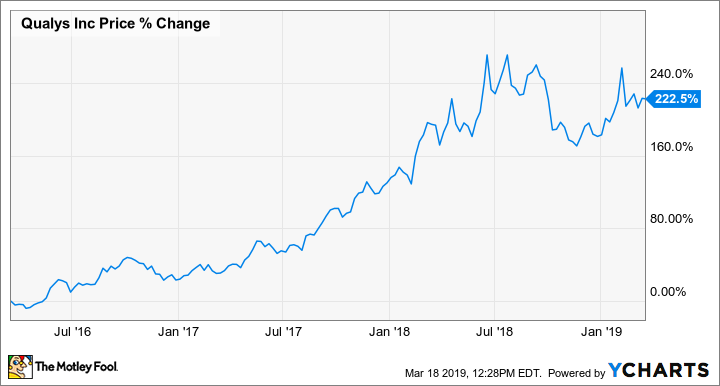 The stock cooled a little during 2018 but is still up more than 222% over the past three years, and investor optimism has pushed the small-cap stock to a price-to-earnings ratio of over 62 and a forward consensus price-to-earnings of 45. The company grew revenues by 21% last year compared to the prior year, generated record margins, and saw new solutions contribute 20% of bookings. 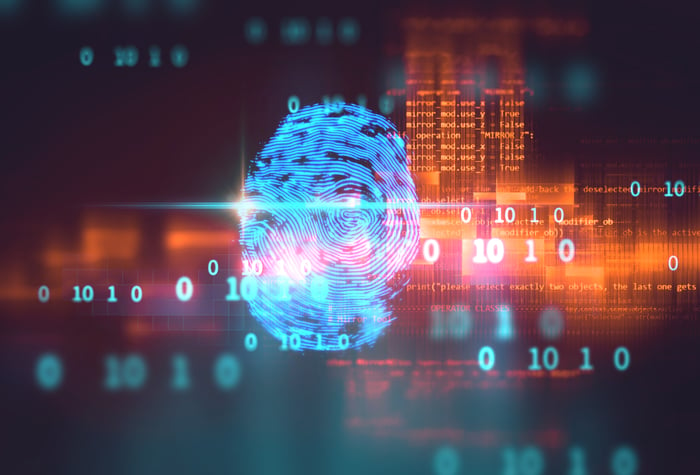 There's no question Qualys is a small-cap stock -- or slightly larger, with a market cap of about $3.3 billion -- with big-cap potential, since the danger of data breaches remains a huge and costly issue for companies worldwide.

A small bank with big ambitions

Jordan Wathen (Ameris Bancorp): Operating out of the southeast United States, Ameris Bancorp is a small bank with offices in Georgia, Florida, and South Carolina. Motley Fool colleague Jason Moser put this bank on my radar.

Ameris is arguably in the "sweet spot" for commercial banks, being large enough to comfortably tackle the financing needs of small businesses that can get left behind in the bureaucracy of larger superregional lenders. It recently announced its intention to acquire Fidelity Southern Corporation (LION), a deal that will give Ameris lower-cost deposits and more scale in key geographies like Atlanta. The total balance sheet should grow to just over $16 billion, up from $11.4 billion at the end of 2018.

It's convenient that this transaction will close ahead of the tie-up of BB&T and SunTrust. When those two superregionals merge, banking talent and valuable customers are likely to look for new homes, perhaps on Ameris' growing balance sheet. Note that SunTrust is currently headquartered in Atlanta, Georgia, though upon combining, BB&T and SunTrust's corporate offices will be located in Charlotte, North Carolina.

Since it is acquisitive by nature, investors should expect the deals to keep coming for Ameris, which has built its franchise by rolling up smaller banks in six transactions since 2013. Over the next 10 years, if not longer, the banking industry will continue to consolidate, generating excess returns for smart sellers and smart buyers alike. Ameris, it seems, is one of the latter.