While Hulu is off to a strong start thanks (in part) to its established subscription video brand and subscriber base, it may have the best path toward continued success among its competitors. That's because Hulu has a big advantage the competitors don't -- and won't -- ever have. 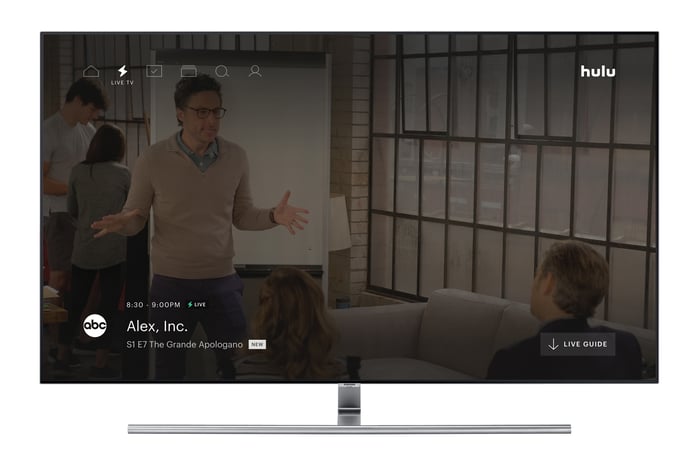 One of the biggest differences between Hulu's live TV service and others is that it's heavily reliant on its on-demand service as a replacement for DVR. If a user "records" a show that's available on Hulu's on-demand service, Hulu will simply show that user the on-demand version of that episode.

Hulu says Live TV subscribers still spend more than half their time watching on-demand or recorded content. Competing platforms are missing out on the opportunity to generate significant ad revenue from those on-demand hours, which means lower profit potential.

AT&T is working to develop ad technology to improve live TV advertising. YouTube's parent company is the king of digital advertising, but it's a long way from making a dent in the television advertising market.

Smart investors will note Hulu's core on-demand platform is still unprofitable. Disney (NYSE:DIS) -- which is now majority owner of Hulu -- is set to lose over $1 billion from its investment this year alone. So perhaps the extra ad revenue from Live TV viewers isn't much of an advantage. But Hulu's core platform could actually be profitable at scale. The marginal costs of on-demand are much lower than the live TV business, where distributors pay networks based on the number of subscribers, largely negating the benefits of scale.

How this all plays out

Where this advantage will shine through is in how Hulu prices its service. The company recently increased its subscription price to $45 per month, above YouTube TV's $35 per month. But Hulu's service also includes access to its on-demand library, which usually costs $5.99 per month, so the price is more or less comparable.

AT&T's DIRECTV Now, meanwhile, just raised its base-level price to $50 per month. Not only that, the company removed dozens of networks from its service. The move comes as AT&T seeks to make its service profitable.

YouTube TV may face a similar fate if Google can't crack the television advertising code. AT&T's struggles indicate there's no amount of buying power that can solve the marginal cost problem of pay-TV distributors. AT&T is the largest pay-TV distributor in the U.S.

Hulu might be losing money now, but there's a much clearer path to profitability for its Live TV service compared to its competitors, and that's all thanks to its core on-demand platform.