Sony (SONY 1.39%) is an industry titan in video games, movies, music, and consumer electronics. However, it's been a perpetual underdog in the smartphone market, and investors often wonder why Sony keeps the money-losing business alive.

Jefferies analyst Atul Goyal, who recently downgraded Sony from "buy" to "hold," said it was "a disappointment and a strategic mistake" for the company to stick with its smartphone business. Goyal warned that the unit's continual losses, along with a slowdown in its gaming business, would cause Sony to generate "pedestrian profit growth" over the next two years.

So is it time for Sony to finally shutter its maligned smartphone business? Let's take a closer look to find out.

Sony previously sold mobile devices through a joint venture with Ericsson (ERIC 0.00%) called Sony Ericsson. The company launched its first Xperia device in 2008 and its first Android phone in 2010. In 2012, Sony bought out Ericsson's stake and rebranded the division as Sony Mobile.

Sony fared well in the smartphone market at first, but competition from Samsung (NASDAQOTH: SSNLF) and Apple (AAPL 0.17%) in the high-end market and the saturation of the midrange market reduced its market share to less than 1% by 2018, according to Counterpoint Research. Canalys claims that Sony controls less than 9% of the smartphone market in its home market of Japan, which was once a major stronghold for the brand.

Sony tried to stage a comeback this year with new phones with ultrawide 4K OLED screens, but the devices were poorly received. PC Magazine recently noted that the Xperia X10 Plus "offers solid performance for a mid-range phone, but poor battery life, unimpressive build quality, and a high price tag make it a hard sell."

How much money is Sony losing on smartphones?

Sony's Mobile Communications (MC) business generated 6% of the company's revenues in the first three quarters of 2018. However, its revenue tumbled 32% year over year during that period, making it Sony's worst-performing business by a wide margin. 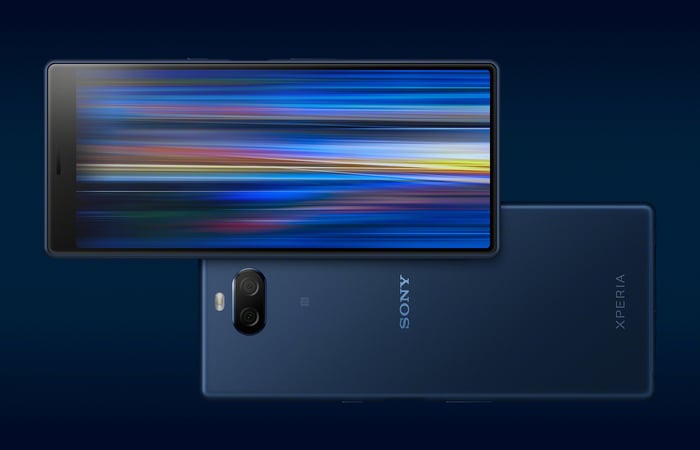 Sony's total operating income rose 14% annually during the first nine months of 2018, thanks to the improving profitability of its games, music, movies, and imaging businesses. But if we exclude the MC business from both nine-month periods, Sony's operating income would have risen 25%.

Therefore, it's easy to see why some analysts think Sony should exit the smartphone market. After all, it would be arguably smarter to allocate that spending toward its gaming business, which has been struggling with decelerating growth as the current console cycle matures.

Not much hope for a tough market

Global smartphone shipments fell 4.1% in 2018, according to IDC, as the market grew saturated and customers postponed upgrades. Market leaders Apple and Samsung both struggled with slowing smartphone sales in their latest quarters, so it's tough to believe that a distant underdog like Sony stands a chance.

During last quarter's conference call, executive VP and CFO Hiroki Totoki said that the "difficult market environment for smartphones" would persist throughout the year, but he believed that certain devices could differentiate themselves with better cameras.

Higher demand for better smartphone cameras would benefit Sony's oft-overlooked semiconductor unit, since it supplies image sensors to roughly half of the world's smartphone makers. But even if Sony puts its best cameras in its newest Xperias, it's highly doubtful that it can regain significant market share in this saturated market.

It's time to ditch this money-losing business

Back in 2015, Totoki, who was CEO of Sony Mobile at the time, declared that the company would "never sell or exit" the mobile market in an interview with the Arabian Times. Totoki declared that smartphones were "connected to people's lives" and an essential hub for the company's other connected products like wearable devices.

However, times have changed, and many of Sony's connected devices (like its fitness trackers and smart glasses) failed to gain much steam. Therefore, it might be time to reevaluate the future of Sony Mobile, and spinning it off or selling it -- as it did with its VAIO PCs -- might be the best long-term move.