Looking for investments that have limited downside and big long-term potential? These three stocks could be winners.

Stocks that generate strong cash flow, trade at modest multiples, and have sound financial positions tend to have significant room for upside even if the next couple quarterly earnings reports don't deliver the type of blockbuster results that short-term investors might be seeking. A value-focused approach to investing that prizes steady performers at reasonable valuations can be a winning long-term portfolio strategy or a way to help balance out other higher-risk investments in your portfolio.

With that in mind, we asked three of our Motley Fool contributors to identify a top value stock that's worth buying this month and owning for the long haul. Read on to see why they identified JPMorgan Chase (JPM -0.88%), Kroger (KR -1.58%), and AT&T (T 0.38%) as some of March's top value plays. 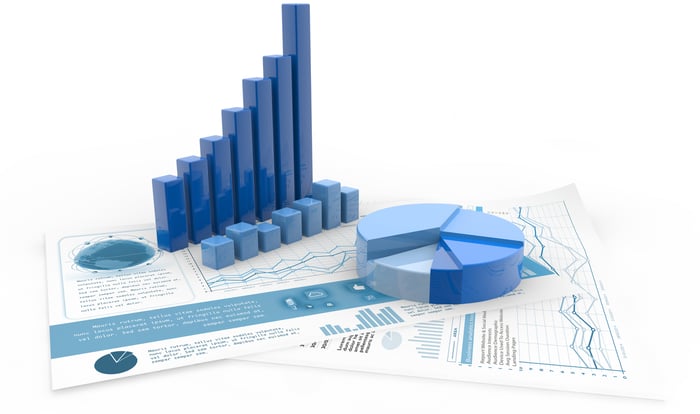 And not just any banks in particular, but the cream of the crop, including too-big-to-fail names like JPMorgan Chase and Bank of America. That fact alone might be enough to convince you to take a clue from the Oracle of Omaha and buy a bank stock yourself. But which one?

For my money, JPMorgan beats Bank of America hands down.

For value investors who like the certainty of a strong dividend yield, JPMorgan pays 3%, which beats the average 2.2% yield of S&P 500 stocks, and is half again more generous than BofA's 2% dividend yield. And as for these bankers' ability to grow profits and raise dividends over time, well, analysts polled by S&P Global Market Intelligence forecast a 10.5% long-term growth rate for JPMorgan versus only a 6.25% growth rate for Bank of America.

Mind you, both companies look like decent investments to me, and likely to outperform as interest rates rise off of historical lows. But if I had to pick just one for "best value," that one would be JPMorgan.

Check out the latest earnings call transcripts for JPMorgan Chase, Kroger, and AT&T.

Fill up the cart

Demitri Kalogeropoulos (Kroger): Expectations for Kroger's business have fallen to lows that shareholders haven't seen for years, and value investors might want to take advantage of that sour outlook. Yes, the grocery store chain isn't enjoying anything like the retailing rebound rivals like Target and Walmart have seen. Sales inched higher by less than 2% in the most recent quarter, compared to Walmart's 4%. The retailing titan, along with Target and Costco, is celebrating a near-10-year high in customer traffic growth. Kroger, meanwhile, is growing at a fraction of the 5% gains investors saw in 2017.

Kroger isn't as far along in its transition to multichannel retailing, though, and so it might just be a matter of time before it posts better growth. The chain boasts some valuable assets, including a huge network of stores, a loyal consumer following, and some of the most popular in-store brands around. If CEO Rodney McMullen and his team can spin those advantages into faster omnichannel sales growth, as peers have done in the past year, then the stock might recover from its depressed valuation. After all, Kroger can be bought for less than 0.2 times sales today compared to around 0.55 times for both Walmart and Target.

Keith Noonan (AT&T): AT&T's stock yields a hefty 6.6% and trades at roughly 8.5 times the year's expected earnings -- attractive levels for value-and-income-focused investors. The telecommunication giant's dividend profile is rock solid, with a 34-year history of delivering annual payout growth and a cash monster of a business that has its dividend distribution well covered even as its core segments are facing some pressure.

AT&T won't be posting rapid earnings growth in the near term, but it has a compelling opportunity to leverage its strong position in mobile wireless to benefit from technology shifts like 5G technology and the Internet of Things (IoT) and take advantage of growing demand for entertainment content. The company's addition of Time Warner following last year's big buyout also still seems to be underappreciated. It's not too hard to see why, as recent quarterly reports have been characterized by dismaying subscriber trends for AT&T's television and wireline businesses, and the mobile segment hasn't been strong enough to power growth. Still, there's a lot to like about AT&T stock's value proposition overall and what the Warner business can bring to the table long term.

Warner's movie wing has a solid collection of franchises that includes the DC Comics universe, Harry Potter and Fantastic Beasts, Lego, and The Conjuring. The Warner Bros. video game development unit reliably turns out hits; the HBO platform is still the leader in conversation-defining television shows (like Game of Thrones); and assets like Cartoon Network, Turner, and CNN should add to the company's ecosystem and give it a content side that can be a growth engine that works in conjunction with the push into 5G and IoT services.

With a great dividend profile and its combination of telecom and content businesses, AT&T stands out as a top value stock this March.