The retailer is going all-in on private-label goods to make up the difference.

Dick's Sporting Goods (DKS 5.58%) isn't just getting rid of guns from its stores -- it's also eliminating apparel from a national brand as well.

After being hit hard by gun buyers boycotting its stores following some controversial decisions regarding the sale of certain firearms, the sporting goods retailer doubled down and announced it would be removing firearms from 125 stores this year. It may even take them out of more stores later on.

However, Dick's is also suffering from the slowdown in sales from several major apparel brands. Consequently, it will be shedding the Reebok brand after its licensing agreement with Adidas (ADDYY 4.99%) expires and replacing it with more of its own private-label lines. 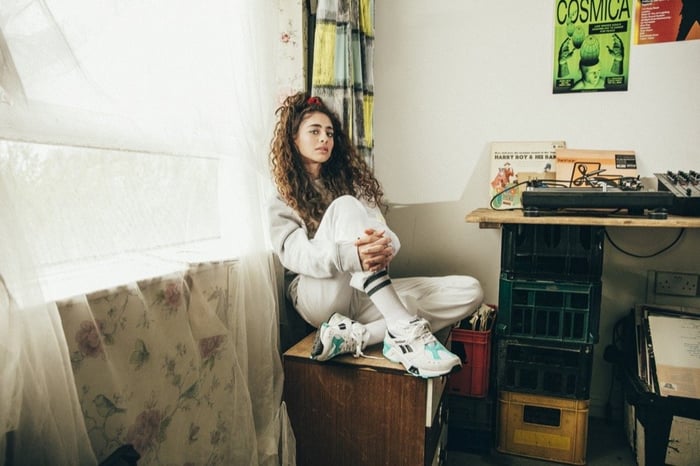 The decline of athletic apparel

Declining performance at Dick's Sporting Goods has been more than just about guns as Under Armour (UA 2.19%) (UAA 2.32%) has arguably been the most prominent failure for the retailer, though Dick's CEO Ed Stack also revealed that Reebok's lackluster results had reached a breaking point. Where he says he's confident in Under Armour's turnaround, he also decided it was time for Reebok to go.

While Reebok's turnaround has remained elusive for Adidas, Dick's has never intimated that its relationship with the brand was in trouble. As recently as last year, according to Stack, Dick's was undertaking a two-pronged approach to sales, with its Calia private-label brand on one side and Reebok on the other. Reebok, in fact, made up 90% of the apparel merchandise in Dick's stores.

This reliance on athletic apparel brands, however, has been a source of criticism for the retailer, particularly as more of them had begun opening storefronts and selling directly to consumers. Last quarter, Stack said concerns about the company stealing business is overblown and maintained that Dick's had continued to have "a real partnership" with them, but that has apparently come to an end, at least for Reebok.

Dick's will now invest heavily in private-label goods and is developing its own new athletic apparel line, which will be launched in time for the back-to-school season. The goal is to have private-label items account for $2 billion in annual sales, though there's no timetable for achieving this. What is clear, however, is that the push begins in earnest now.

Yet Dicks hasn't always been successful with its own athletic wear. Its Second Skin line of compression fit apparel, for example, was supposed to compete with Under Armour but seems to have run into many of the same problems. Stack told analysts that Dick's was still trying to figure out what to do with the brand.

Now he's going to have an entirely new store brand take over most of the space Reebok previously occupied, and he's spreading it across all departments. Stack said while Calia will see an expanded footprint in approximately 80 stores, Dick's will "launch a new athletic apparel brand in time for back to school that will replace Reebok."

That's a big bet Stack and Dick's are making, regardless of the confidence he holds for how it will do compared to Reebok. Adidas has spent years trying to turn the brand around, and CEO Kasper Rorsted told Bloomberg that the time has come for Reebok to grow sales once more. Dick's may be getting rid of Reebok just as it's about to recover.

Dick's has made a number of decisions over the past year that have hurt its business. Getting rid of guns and angering a large portion of its customer base may be the most visible, but shedding Reebok, even if its sales have slowed, could be an even bigger one considering the prominent role the brand played in its stores.

That, however, should also serve as a warning to Under Armour that if its sales don't improve, there could be another private-label line ready to take its place. It could make Dick's Sporting Goods a retailer where you will largely only find private-label brands, even if that's not something most consumers or investors are necessarily looking for.