The market wasn't kind to this Canadian pot stock last week, but a rebound could be imminent.

Last week, Canadian pot company CannTrust Holdings (CNTTQ -13.33%) lost nearly 20% of its value after reporting fourth-quarter earnings on Thursday. The fly in the ointment, so to speak, was the company's disappointing revenue haul of CA$16.2 million (roughly $12.1 million at current exchange rates) over the course of Q4, and the fact that the company's net loss of CA$0.26 per share far exceeded Wall Street's consensus estimate for the three-month period of CA$0.04 per share.

Did investors overreact to this underwhelming earnings report? Let's look at CannTrust's prospects to find out. 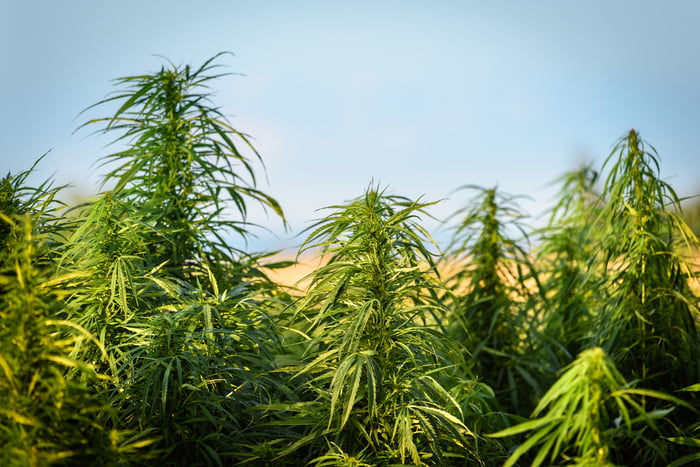 Can CannTrust stand out from the crowd?

Like most pot companies not named Aurora Cannabis, Canopy Growth, or Cronos Group, CannTrust is in a bit a of bind. With no major partner to help with its expansion process, and a middle-of-the-pack production output of around 100,000 kg per year mainly through its hydroponic facilities, CannTrust doesn't exactly have any major differentiating factors to attract investors.

Yes, the company does have a healthy footprint in the medical cannabis space, but that simply won't be enough to survive the eventual oversupply of the Canadian cannabis market -- when dried flower prices are expected to plummet.

However, CannTrust did give its shareholders and potential investors a ray of hope during its latest quarterly earnings update. According to the report, CannTrust has entered into letters of intent to secure an additional 200 acres of land slated for a massive outdoor grow facility.

The company suggested that this new acreage could boost its annual peak output by 100,000 to 200,000 kg per year as soon as 2020. A total peak annual output of 200,000 kg would put CannTrust into the top six Canadian producers overall; a 300,000 kg annual haul, on the other hand, would catapult the company solidly into third place -- behind only Aurora and Canopy Growth in terms of peak cultivation capacity.

Apart from this dramatic increase in production capacity, CannTrust should also benefit from the tremendous cost-savings that comes with outdoor grows, compared to greenhouse or indoor-grown cannabis.

According to industry insiders, outdoor cannabis can be grown and harvested at between 20% to 25% of the cost of greenhouse and indoor crops. In a space where gross margins are expected to nosedive within the next 18 months, this enormous cost-savings should prove to be a significant competitive advantage.

Is CannTrust a bargain?

At right around eight times forward-looking sales, CannTrust's shares are decidedly cheaper than Aurora, Canopy, or Cronos at these levels. Plus, the company's decision to jump into the outdoor growth game could provide significant cost-savings and help lower the impact of falling profit margins across the industry in the next year or so.

Best of all, CannTrust's last stated position of CA$72 million in cash and short-term investments should be sufficient to complete the company's ongoing expansion. After all, this pot company could return to profitability before year's end. CannTrust, in turn, shouldn't need to dilute current shareholders into the abyss to complete this rapid buildout, although the company's outstanding share count should rise modestly over the next two years following the company's move to the New York Stock Exchange last month and follow-on shelf prospectus worth up to CA$700 million ($522 million) in mid-March.

All things considered, CannTrust's nosedive last week seems like a gift for patient investors. CannTrust doesn't sport an outrageous valuation after this recent pullback, and the company also hasn't been a dilution machine like some of its peers with far richer valuations -- at least not yet. Moreover, CannTrust's outdoor growth strategy could put it into the upper tier of Canadian growers within the next year and a half. So, if you're searching for a pot stock with a reasonable valuation and a solid outlook, CannTrust is definitely worth a look right now.