Buying Chinese tech stocks tends to mean taking on added risk, but for investors who are intrigued by the country's long-term economic trajectory, the sector plays host to some compelling companies with the potential for massive gains.

Investors on the hunt for monster stocks in the making should hone in on Baozun (NASDAQ:BZUN), iQiyi (NASDAQ:IQ), and Huya (NYSE:HUYA). These three Chinese tech companies have already posted big gains, now trade significantly below highs set in the last year, and still have the potential to reach new heights. Read on to see why they could be big winners. 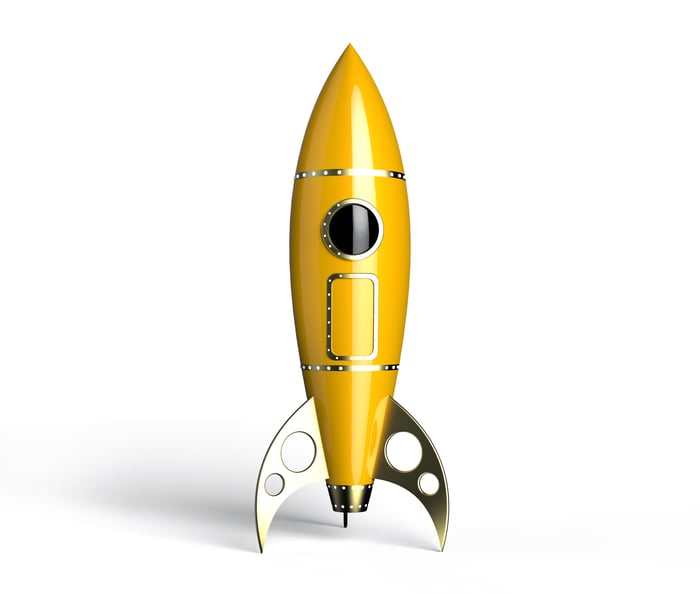 Much of the conversation surrounding Chinese stocks over the last year has been about the country's economic slowdown, but its online retail market continues to be ripe for big growth.

Investors should be willing to embrace the possibility of unexpected twists and turns, but the long-term outlook for Chinese e-commerce growth is tantalizing, and the industry's leading players could deliver big profits. Baozun, which helps businesses like Starbucks and Nike open up shop in China, is a great bet in that category.

After growing 32% in 2017, the country's total e-commerce spending expanded 24% in 2018 to reach roughly $1.5 trillion -- decelerating growth but still impressive. Market research company eMarketer thinks the spending could hit $2 trillion this year, and there's still plenty of room for growth.

Long-term investors should consider starting or adding to a position in Baozun now, with its shares trading at roughly 23.5 times the year's expected earnings. It offers a leadership position in its niche, partnerships with many of China's biggest tech and e-commerce platforms, and untapped expansion opportunities. Sales grew 40% year over year in the company's fourth quarter, and its adjusted net income for the period climbed 28% versus the prior-year period.

This is a company that still has a huge runway for growth. And while the macroeconomic trends that have been putting pressure on the stock could present ongoing challenges and mean it won't be a great fit for every investor, Baozun remains one of the most appealing ways to invest in China's online retail market.

Check out the latest earnings call transcripts for Baozun, iQiyi, and Huya.

iQiyi stock has rallied roughly 70% year to date, and there are reasons to think that its run could just be getting started. The Chinese streaming video company was spun off from search giant Baidu last March and took investors on a roller-coaster run through its first year on the market. While the company has posted big gains so far in 2019, shares are still down roughly 45% from the high point it hit last summer. But there are reasons to believe the stock can rebound to its previous high and go on to post additional growth.

The Chinese streaming video industry still has plenty of expansion potential, and iQiyi managed to grow its revenue 52% to reach roughly $3.6 billion in 2018. The company added 36 million new subscribers to its paid service in the year, and it expects that it will be able to post similar membership growth this year. That means the company would end 2019 somewhere in the neighborhood of 120 million paid subscribers, and suggests the membership services segment is becoming the dependable, high-growth core of the business.

iQiyi has also been developing some promising growth avenues by licensing its content for distribution through other services and markets, and by pushing into video games and merchandise licensing.

The company is building a global audience, and has now distributed over 1,000 episodes of its original television series through services covering Southeast Asia and the Americas. But it doesn't stop at television. The Croods, a mobile game made by iQiyi's recently purchased Skymoons division in partnership with DreamWorks Animation, recently hit the top of China's free-mobile download charts. The company is also an early player in China's virtual reality (VR) market. It has launched a VR headset and recently announced a partnership with China Unicom to develop new VR technologies that will take advantage of low-latency (high-speed) 5G internet networks. 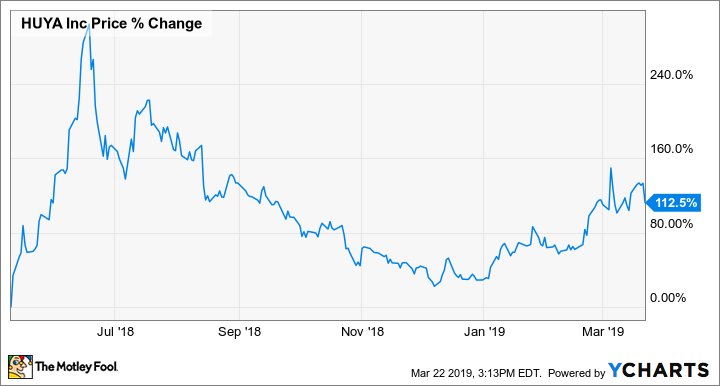 Most everyone is familiar with video games,  but not everyone knows about the trend of video gaming as a spectator sport.

It might sound like a far-off, futuristic concept to some investors, but there's already a fast-growing market built for people who watch competitive and casual gaming footage. Huya provides a platform that allows players to watch and broadcast video game content, and it could be one of the big winners in this emerging industry.

This streaming category is hugely popular with millennial and Generation Z demographics, which advertisers are eager to reach. The audience is expanding rapidly, and China is one of its biggest and fastest-growing markets. A report from market researcher Frost & Sullivan suggests that game live-streaming in China generated total sales of $1.2 billion in 2018 and that the industry's annual value will rise to $4.9 billion in 2022 -- a very favorable outlook for Huya and other leaders in the space.

Huya's sales jumped 113% year over year in 2018, bringing its revenue for the year to $678 million. It looks like the game-streaming company is on the verge of delivering consistent profitability and still has a long runway for expansion.

The company ended the fourth quarter of last year with roughly 116 million monthly active viewers, up 34.5% year over year. The number of paying users on the service posted a big gain as well, jumping 73% to reach 4.8 million. That's encouraging growth, and there's still plenty of room for the company to expand its total and paying user bases.

Much of the content found on Huya is provided by users of the platform, which means the company sees little up-front cost related to producing videos. This works to minimize risk and increase the likelihood of delivering substantial profits as the platform grows. The company is also building up its own official competitive-tournament gaming content, making it an appealing play in the fast-growing world of professional gaming broadcasts.