People these days may be tougher to fool, but that's no longer the goal when businesses participate in this unofficial holiday.

Back in 1989, the eccentric tycoon Richard Branson "celebrated" April 1 by flying a custom hot air balloon designed to look like a spaceship over London. When the "ship" landed, dry ice billowed smoke from the vessel and Branson emerged wearing an E.T. mask. It was a prank that stopped traffic, caused hundreds of people to call in reports of a UFO, and almost got the billionaire arrested.

Thanks in part to the rise of the internet, media saturation, and a generally increased level of awareness, actually fooling many people with a prank on April Fool's Day has become nearly impossible. Odd occurrences on April 1 will be met with intense skepticism. So today, when companies try to play such jokes, they are almost always intended to make people laugh, rather than genuine attempts to trick anyone. 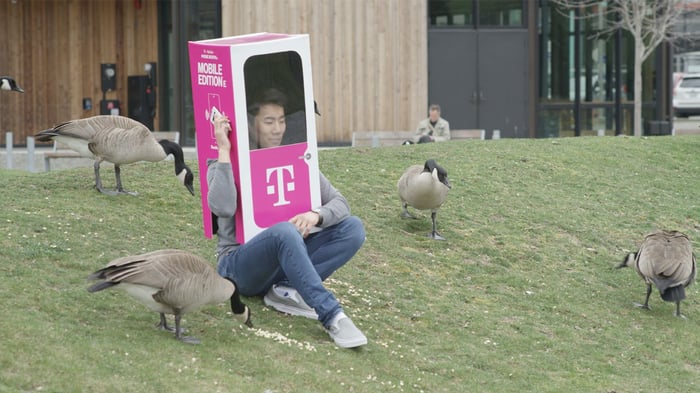 Alphabet (GOOG -1.24%) (GOOGL -1.35%) has long embraced April Fool's Day. For 2019, the company launched a web page where you can play a version of the classic game Snake. That's not a joke exactly, but it's certainly silly. However, the company also has added a new skill for its Google Home device: "Google Tulip."

"Decoding the language of plants and flowers has been a decades-long challenge. But that changes today," the company wrote in a blog post. "Thanks to great advancements in artificial intelligence, Google Home is now able to understand tulips, allowing translation between Tulipish and dozens of human languages."

ThinkGeek, too, has a long history of releasing ridiculous products for sale on April 1. This year, the company has debuted "Roomby," a robot vacuum based on the Kirby video game character, as well as a Banksy-inspired toaster that burns the artist's image into bread. It's also selling a Marvel Thor Mighty Mjolnir Mailbox "Because your mail is worthy" and, of course, a Captain Marvel Universal Pager.

T-Mobile (TMUS -1.51%) actually kicked off its 2019 prank a few days early when it launched its Phone BoothE. A plausible, yet utterly ridiculous idea, the phone booth is exactly that -- a retro phone booth where people can make private calls. To make it clear that the company was playing a prank, it has rolled out the personal version of the technology "Mobile EditionE" -- essentially, a cardboard box designed for people to wear on their heads.

The company even laid out the supposed technology behind the tool, which would request that users input their actual height and a picture of them next to a commercial building. "We'll do some state-of-the-art verifying and you'll receive your badge directly on your profile," the dating site explained.

Shutterstock got in on the action by announcing that "The world's premier online stock library is opening a brick-and-mortar library for a fully immersive brand experience. And it's going to be enormous." Visitors to the library, it continued, will be able to "browse our extensive stock collection without an internet connection." The company also promises that they will be able to "flip through millions of high-quality images and check out our massive stacks of film reels all while listening to our study-friendly music tracks."

The best of the rest

Get in the spirit

While T-Mobile deserves credit for actually fooling some people (partly by jumping the gun and launching its prank in March), few of these jokes actually succeed on that score. That's not the point. The PR wins companies are after come from making us smile by straddling the line between plausible and absurd. All of the ones mentioned above managed to do that -- and maybe caused a few people a bit of bewilderment before they noticed what day this is.

Is the Worst Now Over for UiPath Stock?