Please ensure Javascript is enabled for purposes of website accessibility
Log In Help Join The Motley Fool
Free Article Join Over 1 Million Premium Members And Get More In-Depth Stock Guidance and Research
By Beth McKenna - Apr 9, 2019 at 7:40AM

This small biotech expects to announce results from two clinical studies in 2019.

Shares of Cara Therapeutics (CARA 2.96%), a clinical-stage biotech, popped 15.1% in March, according to data from S&P Global Market Intelligence. For context, the S&P 500, including dividends, rose 1.9% last month. 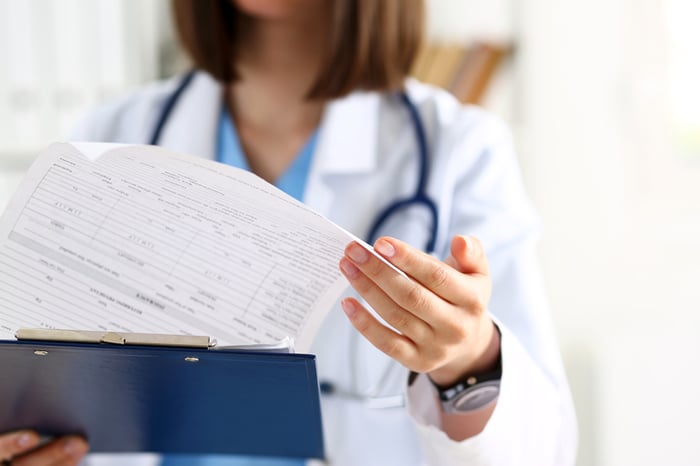 On March 13, shares of Cara jumped 11.8% following the company's release the day before of its fourth-quarter and full-year 2018 results.

Its quarterly loss of $0.52 per share was better than the $0.58-per-share loss that Wall Street was expecting. But the stock's gain probably had more to do with investor optimism following the earnings call about the prospects for Cara's lead candidate, Korsuva. The drug's intravenous formulation is currently in a phase 3 clinical trial for treating pruritus (itching) in patients with chronic kidney disease who are on dialysis, while its oral formulation is in a phase 2 trial for the same indication in patients who aren't on dialysis. The company expects to announce the results from both studies this year.

Moreover, Cara expects to "broaden [its] clinical pruritus program for Oral KORSUVA with the initiation of Phase 2 trials in both liver disease and dermatological conditions, including atopic dermatitis," according to its earnings release. 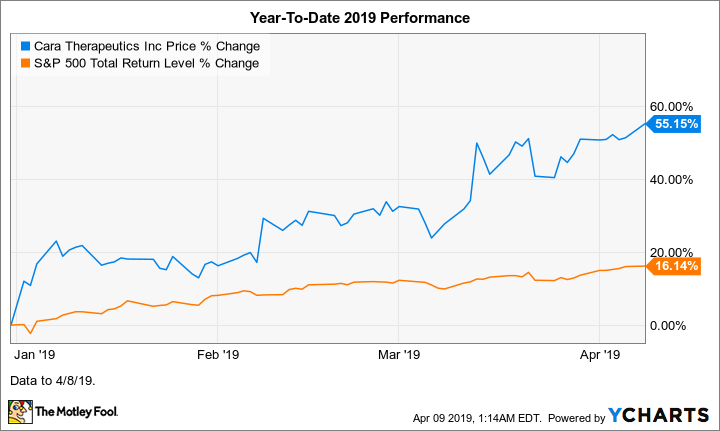 As my colleague Maxx Chatsko wrote, "If the phase 3 trials for the injectable formulation prove successful, then the pharma company would be eligible to receive up to $470 million in milestone payments plus royalties on all sales" from its partner on the lead program, Fresenius Medical Care Renal Pharma.

Some analysts project that Korsuva could generate annual sales of more than $500 million in just the U.S. alone in treating chronic kidney disease-associated pruritus (CKD-aP), according to fellow Motley Fool contributor Keith Speights. Given that Cara's current market cap is just shy of $800 million, it's easy to see why some investors are enthused about the company's growth potential.

That said, as with all clinical-stage biotechs, Cara's stock is risky, as there's no guarantee the company's current or future drug candidates will come to market.