Rite Aid (NYSE:RAD) stock dipped 14.2% last month, according to data from S&P Global Market Intelligence. Shareholders have long been dissatisfied with the direction of the pharmacy retail business, and the company announced last month that it was moving forward with a managerial shake-up and corporate restructuring. 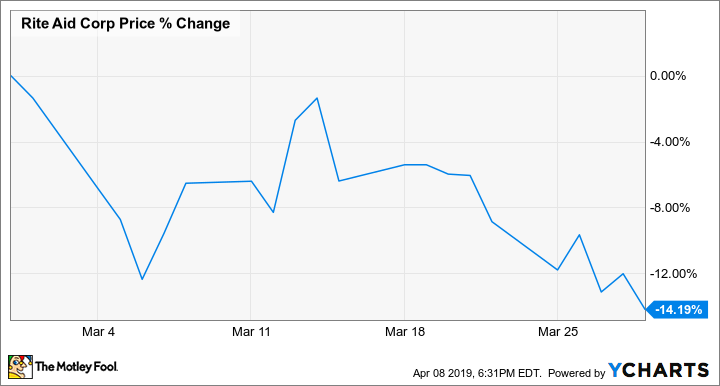 Rite Aid said in a press release on March 12 that it would reduce its corporate employee count by 400, and that its CEO, CFO, and COO would be among those leaving the company after successors were lined up. While many investors had cited issues with upper management as a source of frustration with the company, the big executive change and news of a reverse stock split to keep it trading on the New York Stock Exchange weren't enough to stop Rite Aid shares from posting a double-digit slide. 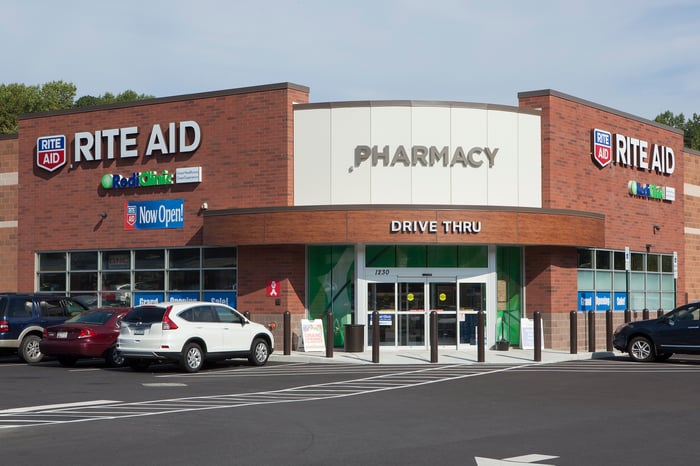 While Rite Aid stock continued to lose ground overall in March, the promise of new management did correspond with some stock gains, and the company anticipates that the move will result in annual savings of roughly $55 million. The shake-up will end CEO John Standley's nine-year tenure, a stretch that saw the company sell off roughly half of its stores and attempt to merge with Walgreens Boots Alliance and Albertsons -- and come up short both times.

Rite Aid stock is now trading around $0.55, which still leaves it in violation of NYSE rules. The company's shareholders voted last month to approve a reverse stock split that would see shares combined to bring the stock above the $1 minimum threshold needed to avoid being delisted from the the exchange. Rite Aid's board has yet to announce whether it will proceed with a 1-for-10, 1-for-15 or 1-for-20 split.

Rite Aid's stock woes have continued in April, with shares trading down roughly 11% in the month so far. 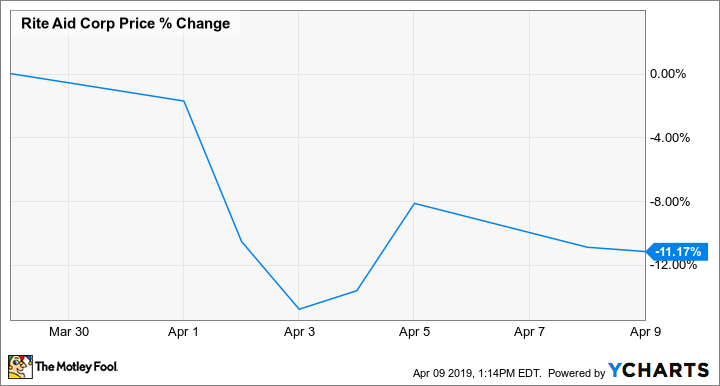 Rite Aid is scheduled to report fourth-quarter and full-year earnings before the market opens on April 11. Management expects sales for its 2019 fiscal year to come in between $21.8 billion and $21.95 billion -- up roughly 0.75% at the midpoint of the target. The adjusted net loss for the year is expected to be between $14 million and $33 million, working out to an adjusted per-share loss between $0.01 and $0.03. There's a good chance that the company will also give more details about the upcoming reverse stock split and management changes in conjunction with the earnings release.