The granddaddy IPO of 2019 is one step closer to reality. Uber Technologies, the most anticipated IPO of the year, just filed to go public, making its intentions clear and releasing a raft of information in the process.

Uber, which will trade on the New York Stock Exchange under the ticker UBER, has not yet priced its offering (that will come later), but recent reports have the company aiming for a valuation of up to $100 billion. That would make it the biggest debut since Facebook in 2012, or possibly even bigger.

Below are some key financial numbers for the ridesharing juggernaut. Some we learned on Thursday and others have already been reported:

Beyond the financials, there were several other noteworthy items from the S-1 that potential investors should be aware of. 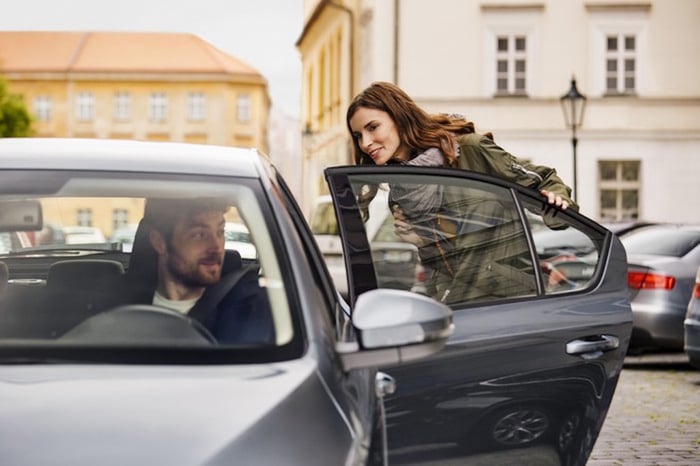 1. Uber is more than ridesharing

While the ridesharing platform is the company's principal business, Uber Technologies is also made up of Uber Eats and Uber Freights, two fast-growing segments that the company believes build on the synergies and branding of Uber's core personal mobility service.

Uber Eats received orders from 15 million customers last year, and the company claims to be the largest meal-delivery platform in the world outside China. When checking these claims, though, it appears to be behind Grubhub and possibly Doordash in the U.S. Revenue at Uber Eats jumped 149% last year to $1.46 billion.

Uber Freight, meanwhile, which takes advantage of similar technologies as Uber and Uber Eats, brought in $125 million in revenue in the fourth quarter. Just last month, the company announced the expansion of Uber Freight to Europe, paving the way for further growth.

2. Uber dominates the market in much of the world

Uber claims a leading share of the ridesharing market in much of the world. In North America, Europe, Australia/New Zealand, and much of Latin America, it owns more than 65% of the ridesharing market. It claims at least 50% of the market in India, the Middle East, and Africa and owns significant stakes in the market leaders in countries like China and Russia, and in Southeast Asia. That gives investors significant exposure to growth in ridesharing around the world.

Uber sees its leading market share as an advantage that helps create network effects, which attract more drivers and riders to its platform. It also touted what it calls a "liquidity network effect," which it says will lead to a margin advantage.

3. Uber's future profitability depends on Lyft (and other competitors)

Like its closest domestic rival Lyft (NASDAQ:LYFT), Uber is deeply unprofitable, as both companies have chosen to pursue growth at the expense of profits.

Uber did not directly outline a path to profitability in its report but did say, "To the extent that competing ridesharing category participants choose to shift their strategy toward shorter-term profitability by reducing their incentives or employing other means of increasing their take rate, we believe that we would not be required to invest as heavily in incentives." In other words, Uber sees its path to profitability as dependent on Lyft's behavior, as well as other competitors. If Lyft were to scale back on customer and driver incentives, effectively raising prices and cutting driver wages, Uber would be able to do the same, accelerating its path to profitability.

For now, however, both companies appear to be in a vicious fight for market share, meaning neither one is likely to be profitable soon.

4. Uber has an autonomous vehicle strategy

Uber's Advanced Technologies Group, ATG, which oversees its autonomous vehicle (AV) projects, is made up of more than 1,000 employees, has built more than 250 self-driving vehicles, and completed tens of thousands of passenger trips. Uber believes there will be a long period of hybrid autonomy, in which there will be both self-driving and human-driven cars on the road and says that it will play to the company's advantage due to its massive base of drivers.

It sees AVs first being rolled out for specific-use cases before being used more broadly, and the company believes it will have an advantage in knowing where to dispatch which kind of vehicle for which situation. The company added, "Drivers are therefore a critical and differentiating advantage for us and will continue to be our valued partners for the long-term."

Uber also envisions adding delivery drones and vertical takeoff-and-landing vehicles to its fleet down the road.

5. It's an opportunity to rebrand

Uber CEO Dara Khosrowshahi, who took over from founder Travis Kalanick in 2017, is well aware of the bad press the company stirred up under Kalanick's stewardship. Uber regularly flouted local regulations, was accused of fostering sexual harassment, and was branded aggressive and unfriendly. That opened the door for rival Lyft to gain market share.

Khosrowshahi's letter in the prospectus acknowledges "missteps along the way" and admits "we didn't get everything right." It's a surprising move to see in a document where the purpose is as much to market the stock as it is to communicate important information, but Khosrowshahi seems to understand that the company still has work to do to repair its brand.

Later in the filing, Uber acknowledges the challenges the company has faced before regarding culture, workplace practices, and reputation, and lists among its values, "We do the right thing. Period."

In the coming weeks, we should learn more, including Uber's pricing, valuation, and how much money it intends to raise when it goes public.

Based on rival Lyft's success in its debut, Uber could receive a warm welcome, but investors should be aware that the ridesharing market is fraught with risk, especially for companies burning through cash as fast as Uber and Lyft.