Two trading sessions after WW (the company formerly known as Weight Watchers) (NASDAQ:WW) shares fell on a downbeat analyst note, shares of the wellness company were rising today after another analyst rang in with an endorsement. As a result, the stock was up 9.9% as of 11:38 a.m. EDT. 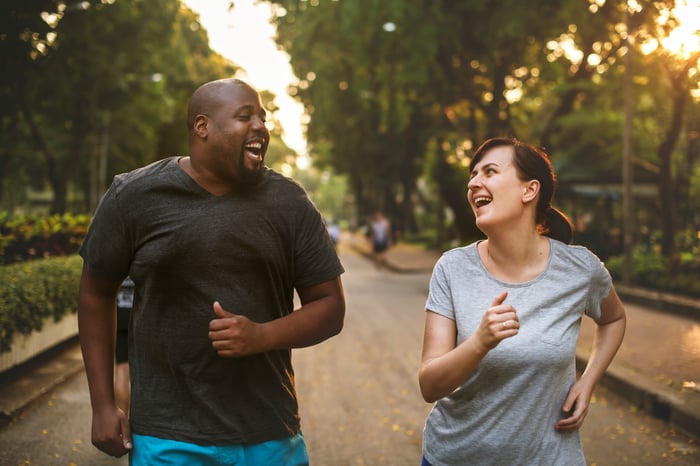 Sinisi also said app download trends improved sequentially in the quarter, though part of that may be seasonality, which favors the first quarter due to sign-ups from new year's resolutions. Sinisi maintained an "equal weight" rating, but said he sees "tactical upside at these levels," heading into the company's first-quarter earnings report, expected at the beginning of May.

Sinisi's assessment is a notable contrast from that of JPMorgan Chase analyst Christina Brathwaite, who last week lowered her price target on Weight Watchers from $14 to $12 on reports that subscription trends were continuing to erode.

Weight Watchers shares have collapsed over the last year as the stock is down more than 80% from its peak last summer. Disappointing quarterly results, a questionable rebrand to "WW" to signal a focus on wellness, and falling profits have caused investors to flee the stock. Management has attempted to reassure the market by promising a new ad campaign centering around media mogul Oprah Winfrey, who also owns a stake in the company, but investors have turned skeptical.

We'll learn more when WW turns in its first-quarter earnings report in a few weeks. Analysts see revenue falling 11% to $362.8 million and a loss per share of $0.27, down from a per-share profit of $0.31 in the year-ago quarter. With such a low bar, the stock could surge if Sinisi's right that subscriber trends held steady.