YouTube TV subscribers might be happy they're getting Discovery (NASDAQ:DISC.A) (NASDAQ:DISCK) networks, but they won't be so happy when they see their bill next month. The Alphabet (NASDAQ:GOOG) (NASDAQ:GOOGL) subsidiary is raising the price of YouTube TV from $40 per month to $50 per month.

It's hard to blame YouTube. At $40 per month, it was losing about $9 per month per subscriber on programming costs alone, according to The Information [paywall]. Discovery's portfolio of networks cost an average of $3.10 per subscriber back in 2017, according to S&P Global. Those fees have only climbed higher over the last two years, so YouTube TV is still losing money on programming expenses alone after its $10 price increase. 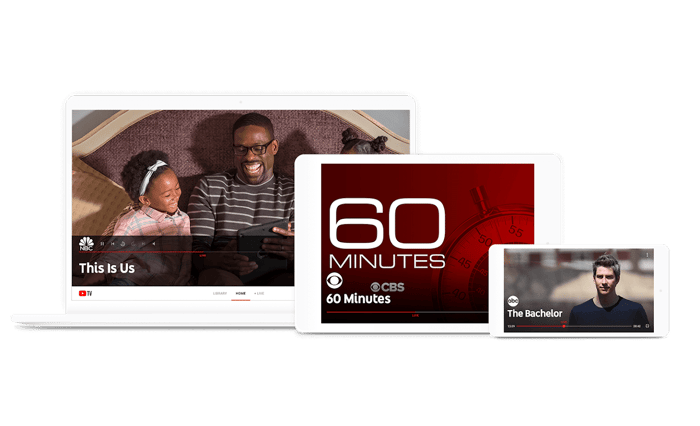 YouTube TV recently surpassed one million subscribers. It's largely gotten there by offering outsized value compared to competitors like AT&T's (NYSE:T) DirecTV Now or Dish Network's Sling TV. But, as mentioned, that value came at the company's own expense.

YouTube's channel lineup is relatively attractive compared to the competition, but as its price climbs to $50 per month, it looks increasingly similar to offers from traditional pay-TV providers rather than skinny streaming bundles like Sling TV. Those big cable packages are what consumers have been rejecting by cutting the cord as channel selection gets bloated and prices climb as a result.

To be fair, YouTube isn't the only company raising the pricing on its streaming TV service. Walt Disney's (NYSE:DIS) Hulu recently raised its price for Hulu + Live TV by $5 per month to $45, and AT&T revamped its DirecTV Now packages to start at $50 per month. Sling TV had to raise its price on its lowest-priced package by $5 per month last year.

At least YouTube is adding content and features to its service as it hikes its pricing, unlike AT&T. It's not clear whether adding Discovery's networks will attract more subscribers than the price increase loses, but YouTube will see smaller losses per subscriber either way. That's increasingly important for the company compared to subscriber growth.

There's not much room for YouTube to keep increasing its price, especially in light of the competition in this space. Rival services from AT&T and Disney benefit from vertical integration, enabling them to sustain operating losses on their books longer if their services help mitigate subscriber losses for their cable networks at traditional distributors. Hulu also benefits from a significant competitive advantage of operating an on-demand service tied to its live TV service, where it owns 100% of ad inventory.

In case you didn't know, YouTube's parent company is a pretty big advertising company. YouTube TV is an opportunity for Google to move deeper into television advertising. It might even be able to make deals to manage inventory on some of the smaller networks on its service. Ultimately, the company expects to generate $15 to $16 per subscriber in ad revenue per month, according to The Information's source.

That kind of ad revenue will more than cover YouTube TV's shortfall on programming expenses from subscriber revenue at $50 per month. But it might require greater scale in order to also cover its operating expenses. With intense competition in the space, YouTube will face a challenge to keep growing with its less competitive pricing, but if it can keep attracting new subscribers, it can become profitable at $50 per month.