Healthcare stocks were hammered for the second straight day, dragging down the major indexes despite positive news that the trade deficit narrowed in February due to an increase in exports. The Dow Jones Industrial Average (^DJI) and the S&P 500 (^GSPC -0.03%) posted modest declines, but the Health Care Select Sector SPDR ETF (XLV 0.59%) tumbled 2.9%.

As for individual stocks, Apple (AAPL -1.96%) and Qualcomm (QCOM -1.36%) have finally settled their long-standing dispute, and Netflix (NFLX -2.04%) reported a strong quarter. 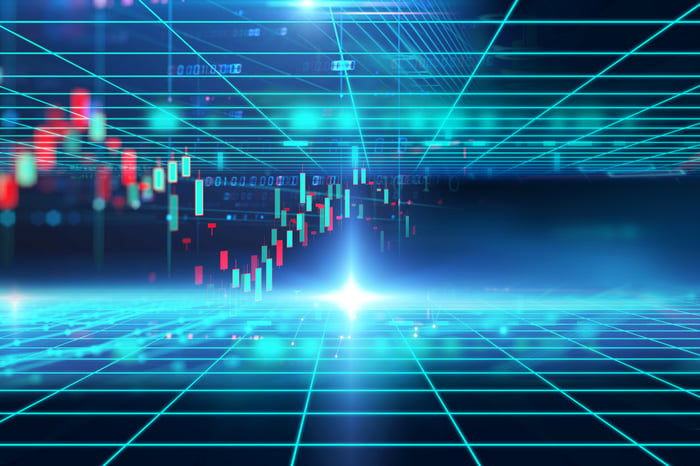 Yesterday afternoon, Apple and Qualcomm settled their patent and royalty dispute, dropped all litigation, and announced a multiyear chip supply agreement. Qualcomm shares soared in response, and that investor enthusiasm continued today, with Qualcomm stock gaining 12.3% and Apple rising 2%. The financial specifics of the deal were not revealed, but Apple agreed to a payment to Qualcomm and the companies signed a six-year license agreement with a two-year option to extend.

Apple had objected to Qualcomm's licensing model, which resulted in higher payments as iPhone prices rose. The Mac maker had sued Qualcomm for anticompetitive practices, and had instructed contract manufacturers to halt royalty payments to the chipmaker. Qualcomm countersued, and the feuding tech giants began their trial just this week.

The settlement was a win for both companies, but especially for Qualcomm, whose stock was immediately upgraded by multiple analysts. Apple had begun using modem chips from Intel, making a significant impact on Qualcomm's business. Intel announced yesterday evening that it intends to exit the 5G smartphone modem business, giving Qualcomm clear sailing to dominate the market for those devices as 5G rolls out.

Netflix beat its guidance for subscription additions and profit margin in the first quarter, but its forecast for the second quarter stirred some concern, and shares closed down 1.3%. Revenue increased 22.2% to $4.52 billion, topping its guidance of $4.49 billion. The company grew paying subscribers 6.9% by adding 9.6 million paying subscribers -- a record -- after setting expectations for 8.9 million. Of that total, 1.74 million were in the U.S. and 7.86 million were international.

The company caused some concern by forecasting 5 million subscriber additions next quarter, down from 5.45 million adds in the period a year ago, partly due to price increases in the U.S. But Netflix investors have seen this movie before, and this time mostly shrugged off the prospect of a short-term slowdown in subscriber additions.