Both companies have made great strides over the past year, but one is a more electric opportunity than the other.

Investors in fuel-cell stocks Plug Power (PLUG -7.62%) and Bloom Energy (BE -4.23%) have had a lot to celebrate in 2019. While the S&P 500 has climbed 16%, shares of Plug Power have more than doubled, jumping 109%, and Bloom Energy has risen more than 24%. For those itching to gain some fuel-cell exposure in their portfolios, now may hardly seem like the most opportune time, considering the stocks' recent rises, but that's not to say that, assuming a longer time horizon, one of these stocks can't power higher returns than the other.

Plug Power has been publicly traded since 1999, and Bloom Energy, with its IPO last summer, is a newer face in the market. So let's plug in and get to know these companies a little better to see which one presents investors with the best buying opportunity. 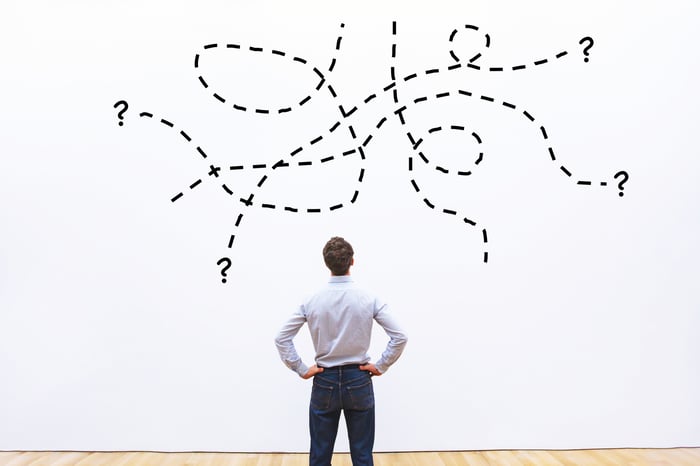 Checking in with the income

Apparently, Bloom Energy has the edge when it comes to the income statement, but it's equally important to check in and see how the companies compare regarding their financial health -- especially in light of the fact that neither is profitable. 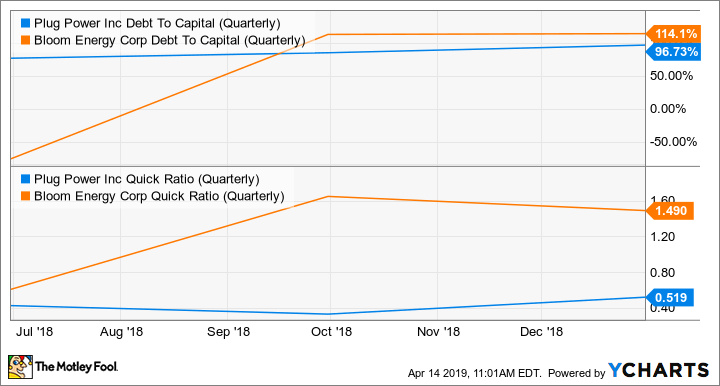 Because neither company can generate cash through their operations, both have had to rely on raising capital through the issuance of debt -- and a lot of it. While Bloom Energy's high debt-to-capital ratio over 1.1 raises a red flag, it's not as if Plug Power's position is that much more secure, as its ratio hovers just below 1.0.

Considering the burdensome balance sheets of the two companies, let's take a look at their liquidity, specifically their quick ratios, to see if they have enough liquid assets like cash to pay for their current liabilities. Although Bloom Energy carries a hefty amount of debt, its quick ratio of 1.49 suggests that it's well equipped to handle its immediate liabilities, while Plug Power's quick ratio of 0.51 suggests the company finds itself in a more tenuous position.

Since neither company churns out profit or generates positive cash flow, the traditional price-to-earnings and price-to-cash flow metrics serve little use. Instead, we can consider the two stocks on their sales multiples. Because Bloom Energy has been trading less than a year, our historical perspective is limited; however, the stock's current value at 0.89 times trailing sales is a steep discount to the 5.4 times sales multiple that it sported last October. And in comparison to Plug Power, the bargain seems even more attractive because Plug Power's stock currently trades at 3.25 times trailing sales. Although Plug Power's valuation is less expensive than its five-year average multiple of 5.57, Bloom Energy's valuation appears much more compelling.

While Plug Power has made progress in restoring trust with investors and improving its financial health, it's uncertain whether the company can continue on this trajectory. It will take more than a single quarter of positive adjusted EBITDA to prove that it has turned a corner and is ready to count itself among profitable companies. And while an investment in Bloom Energy also carries with it a hefty amount of risk, its more attractive financials and price tag suggest that it represents the better opportunity for investors at the moment.